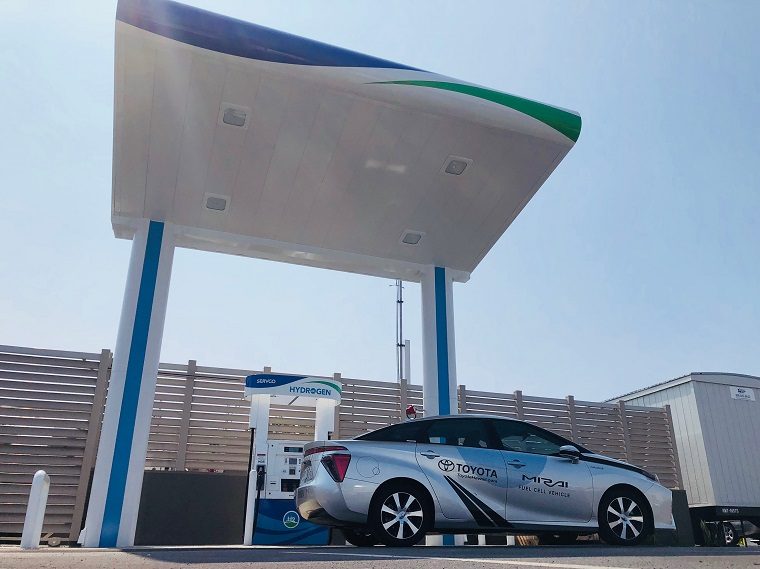 Later in the month, Servco will begin to lease the Toyota Mirai hydrogen fuel cell vehicle, which has an EPA-estiamted range of 312 miles and a combined city/highway fuel economy rating of 66 MPGe. It will be able to fill up at the Servco station in only five minutes.

“They are complementary to hybrid, plug-in hybrid, and battery electric vehicles, and give customers another option to reduce their carbon footprint. We are committed to the future of mobility in Hawaii, and we believe in the potential for FCVs in our state.”

Toyota and Servco are long-time partners in Hawaii. Most recently, they launched a new car sharing service named Hui that lets customers rent Toyota and Lexus vehicles using only a smartphone app.

Hawaii is only the second state to sell the Mirai, after California. Servco brought the first Mirai production vehicles to the state in 2016, though it will be offered for lease only, including the cost of service and fuel.