First-Timers Guide to the 24 Hours of Le Mans 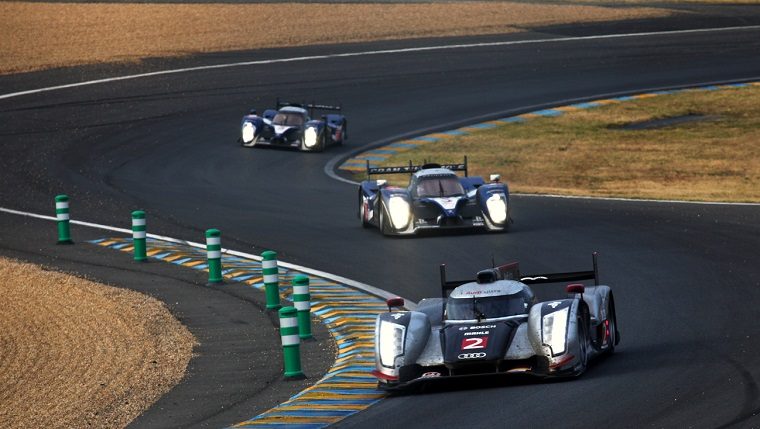 One of the greatest races in motorsports will kick off this Saturday at 1:00 PM GMT and won’t end until 1:00 PM the next day. If you plan to watch Le Mans for the first time this year, and possibly pull and all-nighter to do it, these are a few of the things you ought to know. 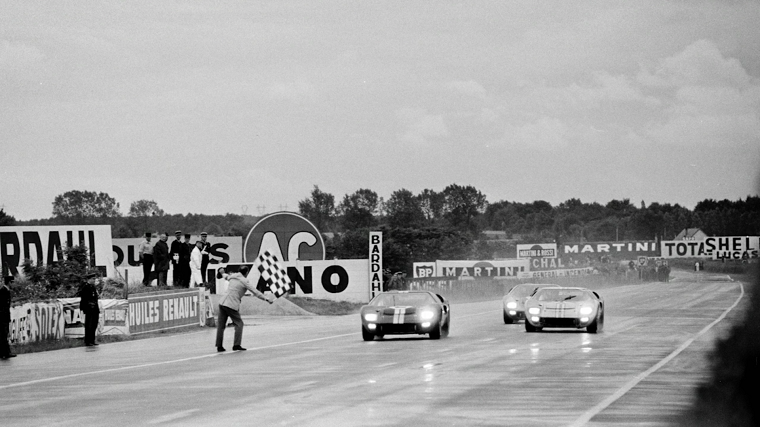 This year will celebrate the 85th running of the 24 Hours of Le Mans, which is today as much a tradition as it is a race. Ever since the first running in 1923, Le Mans has been a testing and proving ground for the latest innovations in motorsport technology. Auto manufacturers have come to Le Mans for decades to help boost their brand image while at the same time develop advanced tech for the road, like disc and air brakes as well as aerodynamic bodywork.

Just about every kind of engine has won Le Mans, from the Wankel Rotary engine of the insane Mazda 787b in 1991 to, more recently, Audi’s diesel engines and the hybrid powertrains used by the modern LMP1 cars. It’s a race where anything can win and everything will happen. 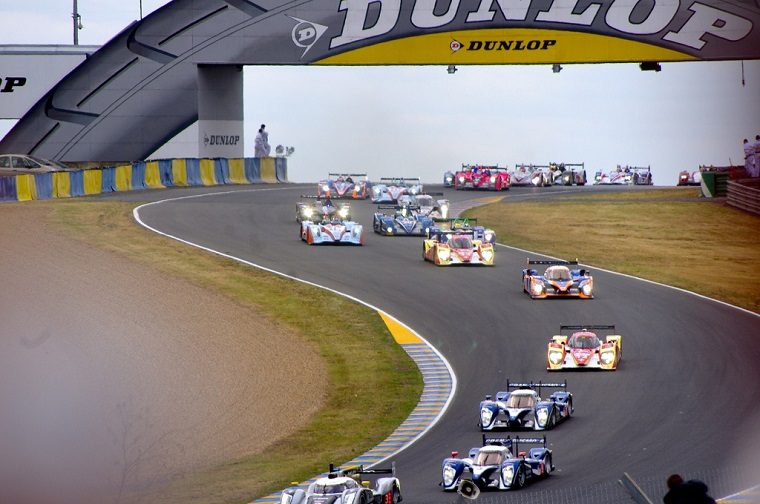 The 24 Hours of Le Mans is held at the Circuit de la Sarthe, a 13.6-kilometer track nested in the French countryside. It is a fast and flowing track where speeds once exceeded 400 km/h on the famous 6-kilometer Mulsanne straight before chicanes were added to break the straight into three parts to increase safety.

The Circuit de la Sarthe features many famous corners, among them the Porsche curves that require intense commitment on the part of the drivers to get the best lap times, and the Ford chicanes at the end of the lap whose curbs must be handled carefully as to not cause suspension and steering problems. Drivers must be familiar with every nook and bump of the track, especially once the sun starts to set. 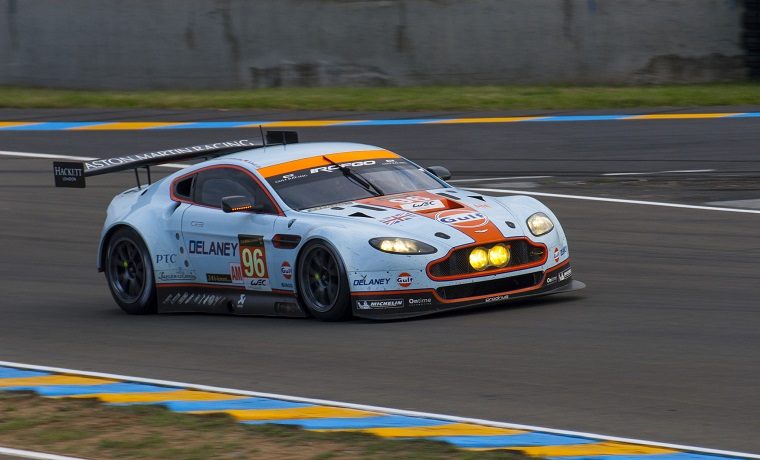 Four different classes compete in the 24 Hours of Le Mans: LMP1, LMP2, GTE Pro, and GTE Am. While the GTE cars are based on production grand tourers, such as the Ferrari 488 and Aston Martin Vantage, the Le Mans Prototypes look more akin to spaceships than to normal cars.

The LMP1 class has somewhat flexible regulations, leading to competitors often tackling the same problem in completely different ways (we recently had, for instance, Audi’s turbodiesel V6 against Porsche’s hybrid four-cylinder against Toyota’s naturally-aspirated V8). With Audi now out of the picture, Toyota and Porsche are the only two LMP1 competitors remaining. For 2017 the former uses a biturbo gasoline 2.4-liter V6 and the latter a turbocharged 2.0-liter V4, while both use an eight-megajoule hybrid system.

In the LMP2 class all cars must use a 4.0-liter naturally-aspirated V8. While the cars could be either open- or closed-cockpit last year, they must use closed-cockpit designs for 2017. They will also be much more powerful than before with as much as 150 extra horsepower.

GTE Pro and Am classes are strictly based on production cars, with regulations attempting to keep them as close to road cars in terms of parts and dimensions. Because the cars are balanced for relatively equal performance they actually tend to be less powerful than their production counterparts, but much more aerodynamic. 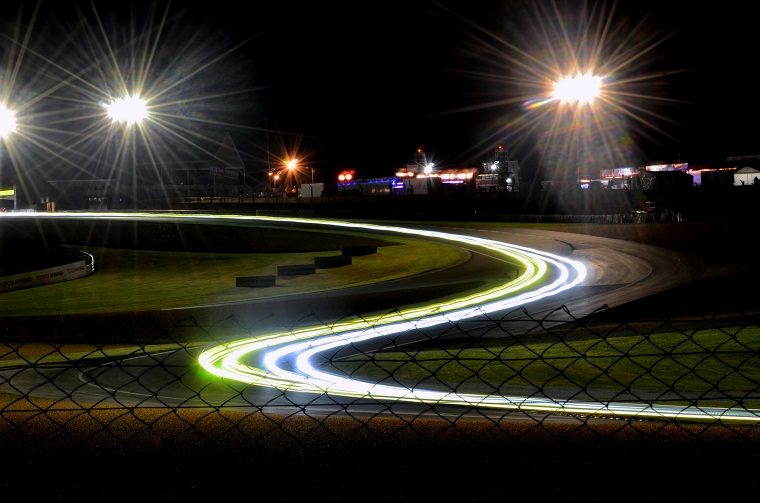 The trail of headlights left as an LMP car (white) passes at GTE car (yellow) through the esses at Circuit de la Sarthe
Photo: Nic Redhead

There are many ways to keep up with the 24 Hours of Le Mans as the race develops. In the United States, the race will be broadcast on FOX Sport’s FS1, FS2, and FSGo. The most insightful commentary of the race will no doubt be available on Radio Le Mans, which will stream live radio for every session. In fact it is generally recommended that whatever video-based broadcast you use to watch the race should be muted in favor of Radio Le Mans.

The best and most reliable way to watch Le Mans, however—and with no ads—is to buy the Le Mans package on the official FIA website, which will give you access to the official HD stream of all the sessions, including your choice of onboard cameras. It also supports multiple platforms, allows up to five devices to be connected at once, and lets you watch replays of the race after it is over.

Find a horse to back 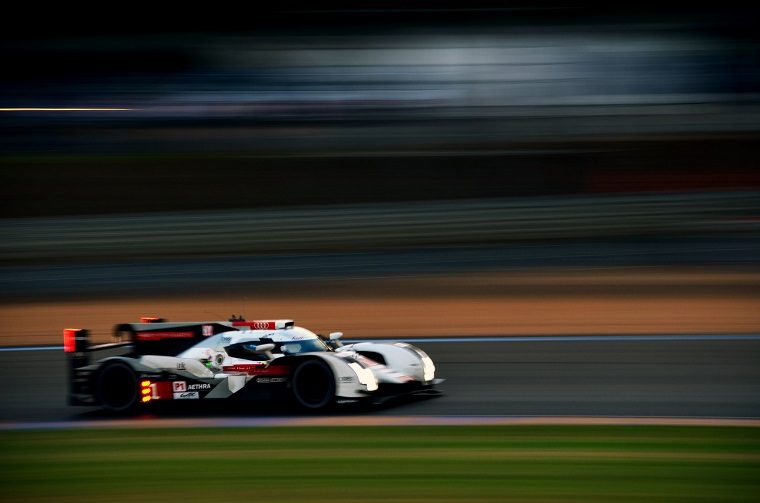 As is the case with most sporting events, the best way to have a good time as a spectator is to pick a driver or team to support and to keep track of their progress throughout the race. It doesn’t matter what you base your support on—whether it’s a cute driver’s looks, a brand you like, or the nationality of a team—as long as you have a horse to back. Better yet, pick someone to support in each of the four classes and watch as your drivers battle up and down the field. All four classes are going to be very competitive so there’s bound to be a lot of action everywhere you look.