First Toyota Supra Will Be Auctioned on January 19 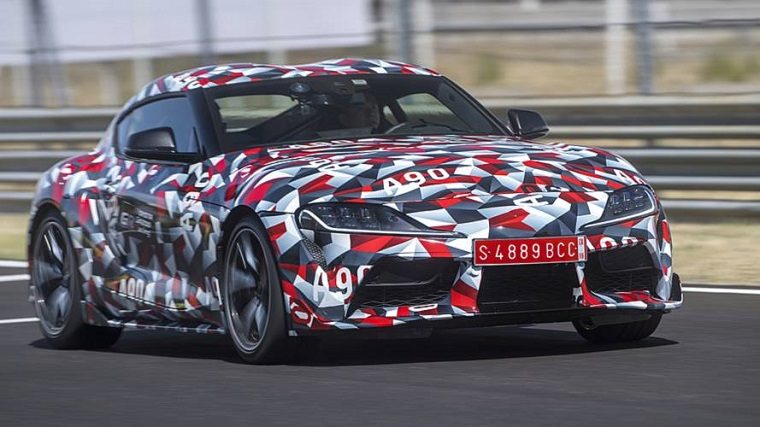 How much are you willing to pay get behind the wheel of a new-generation Toyota Supra before anyone else? Toyota is giving everyone the opportunity to get their hands on the all-new 2020 sports car at a Barrett-Jackson Auction in Scottsdale, Arizona, on January 19, 2019, five days after its official reveal at the North American International Auto Show in Detroit.

It will be the first Supra available in the United States in more than 20 years and will carry a VIN number of 20201 as well as some other exclusive touches, including a red leather interior, matte gray exterior with red mirror caps, matte black wheels and a carbon fiber interior badge. A few of these details are visible in the teaser image Toyota released along with the announcement.

Quick Tip: Should you buy your Toyota new or used?

Toyota says other “exclusive experiences” are to be expected as well, though they won’t be announced until closer to the auction date. One detail is strange, however: the first Supra won’t actually be at the auction. Instead, the automaker will feature a prototype, likely because the production vehicle isn’t yet ready.

Fortunately, it did nonetheless confirm that the car on display at auction would be representative of the production Supra that will be delivered in the first half of 2019.

All proceeds from the sale will go to benefit the American Heart Association and the Bob Woodruff Foundation. The former promotes heart health and the latter focuses on funding and shaping programs to help post-9/11 impacted veterans, families, and service members.

Toyota in the Winter: How the RAV4 has got you covered