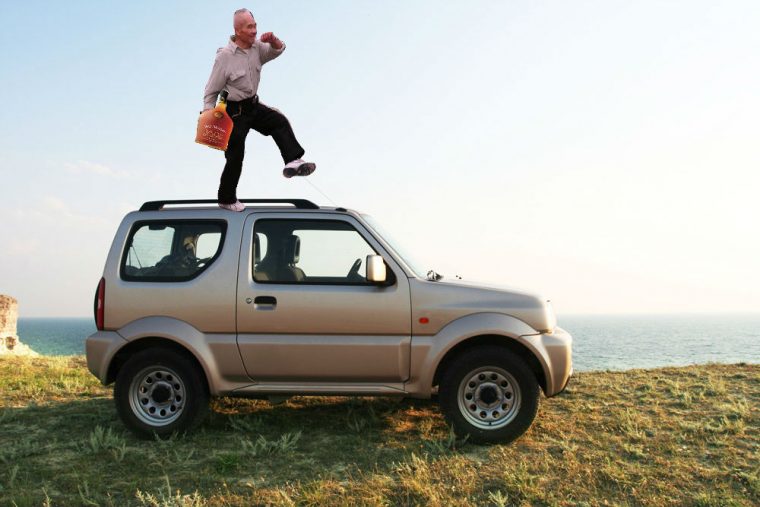 Dancing has a time and a place—your living room, a club, your car when you hear your favorite tune. But one man in Florida decided that the best place to show off his moves was the roof of a car in a 7-Eleven parking lot in Tampa. Unluckily for him, he was spotted by a deputy from the Hillsborough County Sheriff’s Office, who quickly put a stop to his fun.

Dancing on your car isn’t illegal, but 20-year-old Emanuel Alexis Figueroa wasn’t alone—he was dancing with a half-empty bottle of VSOP Brandy in his hand. When Figueroa saw the sheriff’s cruiser, he jumped off his car and tried to hide his booze. The deputy asked Figueroa for ID, and Figueroa declined, but the deputy determined that he was under the legal drinking age and tried to arrest him.

Figueroa was charged with assault on a law officer, corruption by threatening a public servant, resisting an officer without violence, and possession of alcohol under the age of 21.

So the next time you feel like having an impromptu dance party with your bottle of booze, best keep it in the safety of your own living room.