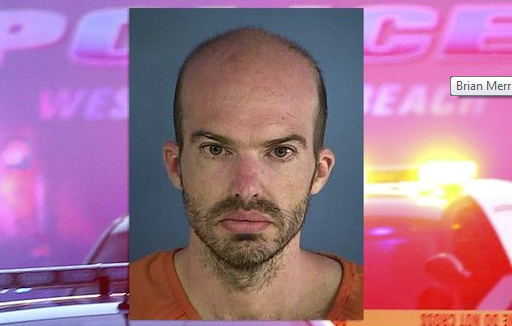 Sometimes, you just have to wonder why people seem to just wander around naked. Is it through severe lustfulness? Or, perhaps, is the naked person simply lonely?

This could have been the case when Florida authorities arrested Brian Merrill Mitchell, 41, after deputies found him wandering around naked near a travel stop on Highway 90 in Walton County.

According to witnesses who had the misfortune of visiting the travel stop that day, Mitchell had not only exposed himself inside a convenience store in the travel stop, but had then attempted to get on a commercial bus. The bus was full of students between the ages of 15 and 18.

Oddly, nobody wanted to hang out with him. Mitchell must have been upset (after all, the best way to gain friends is to wander by the highway naked). So, that must be why, when deputies arrived after being directed by some of Mitchell’s failed friends-to-be, Mitchell tried to start a fight with them.

Deputies told Mitchell to stop and get on the ground. Instead, he kept coming toward the deputy. Probably not wanting to wrestle with a naked man, the deputy drew a Taser. Mitchell put his hands up, but then grabbed the deputy’s hand and wrist, starting up a fight. Of course, that could be incorrect – he could have just been going for a really intense handshake rather than starting a nudie brawl.

Either way, Mitchell was wrestled to the ground and arrested. He is being held on several charges, including battery on a law enforcement officer, indecent exposure, resisting an officer with violence, lewd and lascivious behavior, and trespassing.