Flula Urges You To Take the Honda Fit Challenge 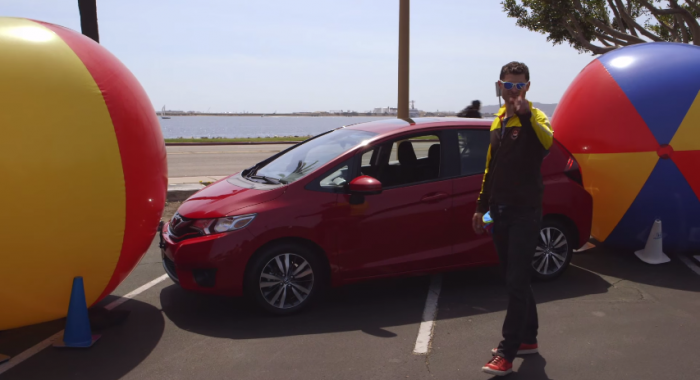 To help promote the Honda Fit Challenge, wherein one lucky driver who proves their parallel parking prowess will win an all-new 2015 Fit EX-L Navi, Honda has acquired the services of one of YouTube’s most affable, recognizable, and charismatic celebrities. Of course I’m talking about Flula. What, you thought I was talking about the guy who makes intolerable noises over video games for a living?

Flula just so happens to be wandering along the coast in San Diego (because he’s “boring”) looking for some action when he happens across a secret parallel parking event involving the 2015 Fit. 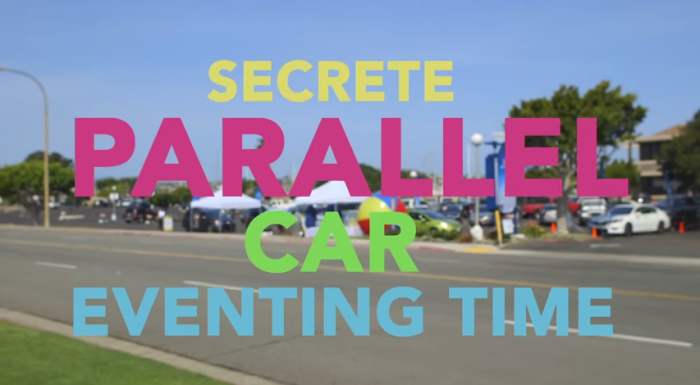 So secret that they held it in broad daylight next to a road.

There, he finds a couple of Fits and some test drivers, including Jason Truong of www.FitFreak.net. They drivers are tasked with “parallelings” between two enormous beach balls, which shows the usefulness of the Fit’s compact frame in a tight squeeze. 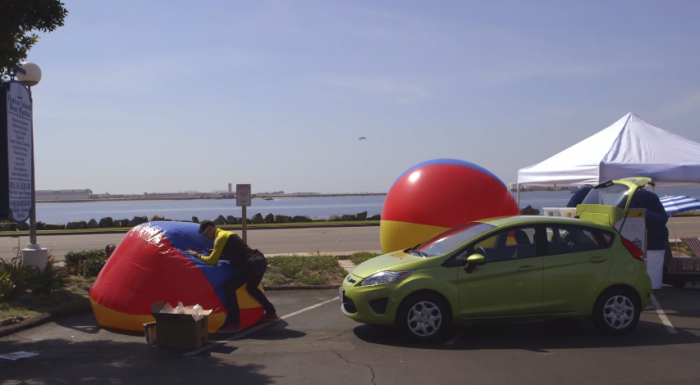 Flula plays backseat driver the whole time, telling Truong to avoid bumps and grinds (and making an effortless R Kelly reference) and advising Shane Hawk to roll around without skimping on that sweet, sweet uvular trill. 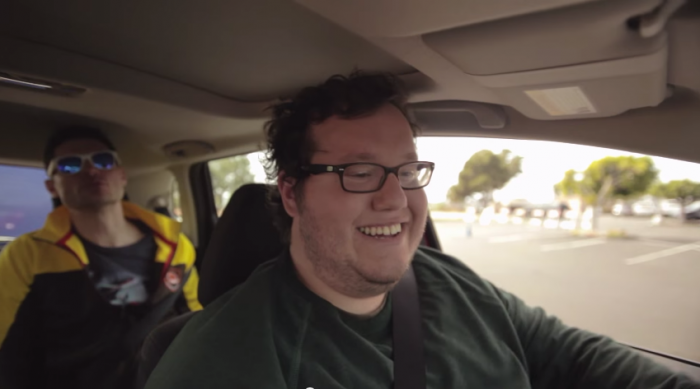 The 2015 Fit’s backup camera comes into play quite a bit here, particularly for Truong, who serenades us with an impromptu rendition of “The Star-Spangled Banner,” only it’s about…ya know…backup cameras. 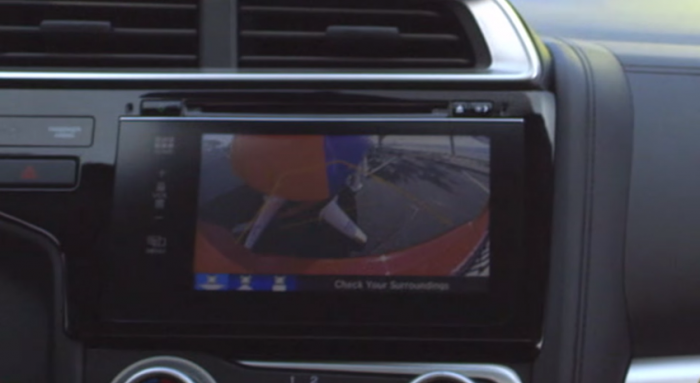 In the end, everyone passes the test, and Flula invites the home viewing audience to get in on the action by entering the Honda Fit Challenge. Which you should do, particularly if you’re good at parallel parking, and also if you like playing fun flash games about parking (and, let’s be honest, who doesn’t). If Flula’s promise to be at Honda headquarters on July 25 is any indication, he may even be one of the things standing in the way of you and a brand-new Fit. 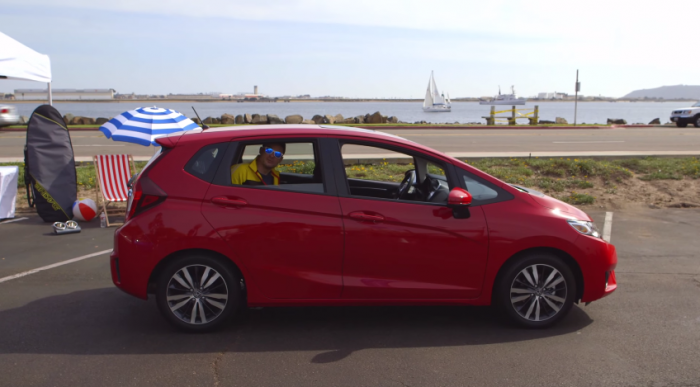