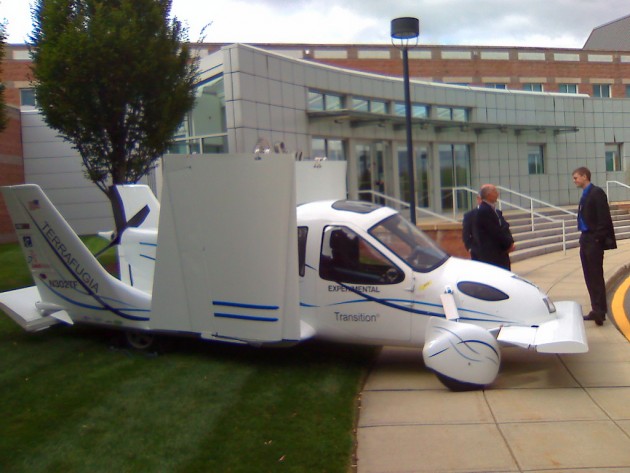 Companies hoping to build flying cars are keeping their hopes up. American firm Terrafugia has already started accepting deposits for its “Transition” car/plane, which it hopes to begin producing in 2017. In Slovakia, AeroMobil hopes to finalize its design and start accepting deposits in two years. In the Netherlands, PAL-V has already started taking orders for its helicopter/car hybrid, which it expects to start delivering in 2017. In California, Moller International has said it can start selling its vertical-takeoff flying car next year if the U.S. Federal Aviation Administration will allow it.

All in all, it seems like our next step toward a real-life sci-fi fantasy is nearly at hand.

Flying-car firms have run into some problems. The biggest problem keeping flying cars grounded is regulators. Since flying cars aren’t just for the road, they need to undergo test after test to prove their road-readiness as well as ability to fly in order to get the necessary certifications (which can take a long, long time).

Funding and finding customers are the other two big hindrances.

Until accepting a $2.8 million investment, AeroMobil was financed entirely by CEO Juraj Vaculik. Paul Moller, founder of Moller International, has spent somewhere around $200 million on the project.

As for finding customers, the firms plan to target one of three groups: the military, law enforcement, or rich people.

On top of those, there’s the fact that AeroMobil’s prototype went into a tailspin and crashed during a test flight on May 8th. The pilot walked away from the crash, and AeroMobil said in a statement that the flying car only sustained minor damage and would soon be repaired and back to testing. However, the crash has raised concerns and reinforced the need for testing and regulation.

Even without the crash, though, we’re hardly to the point where you can walk to your driveway, jump in your car, and take off into the skies. Most of these flying cars will require a runway, since they can’t take off vertically. Moller’s vertical-ascent vehicle isn’t without problems, though – he said that they produce too much wind for residential neighborhoods, so they would require “vertiports.”