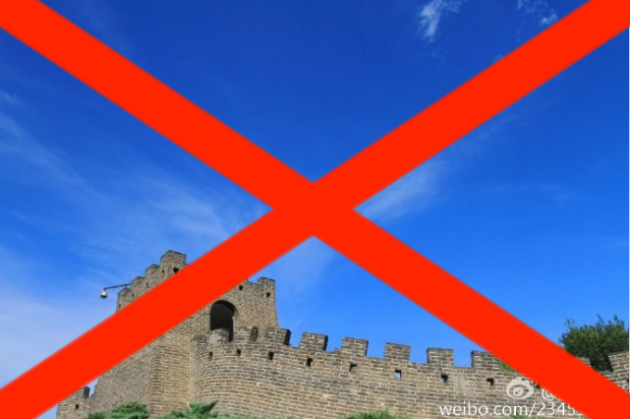 For its massive WWII victory parade, China wanted everything to be perfect. The country lined up one of the biggest military parades in its history, invited diplomats (including Russia’s Vladimir Putin and UN Secretary General Ban Ki-Moon), and even shut down factories and half of the normal load of cars to clear out some of the rampant, thick air pollution that hangs over the city most of the time.

However, now that the parade is over, so is the brief bout of clean air. Less than 24 hours after the end of the parade, Beijing as a whole woke up, hopped in its cars, drove to the factories, and promptly put an end to that whole “blue skies” thing. On September 4th, the city’s air pollution reached a rated “unhealthy” level (at an AQI of 160). According to the US EPA, at this level of air quality “everyone may begin to experience some adverse health effects, and members of the sensitive groups may experience more serious effects.”

However, people who wish to see what a clear-skied Beijing looks like had better look quickly. It seems that censorship is sweeping down on the discussion of the “parade blue” sky, as when CNN searched for the phrase on Sina Weibo (China’s social media platform), only three posts appeared.

This isn’t the first fleeting blue sky that Beijing has experienced, though—after a similar circumstance where skies were cleared for the APEC meeting of world leaders and immediately after returned to grey, the phrase, “APEC blue” came to be mean “something that is beautiful, but disappears quickly.”