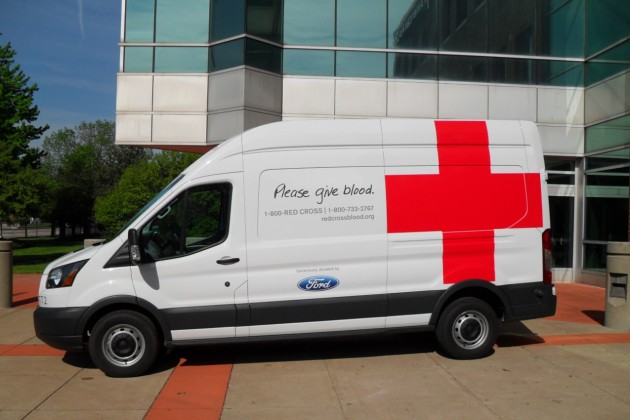 “The American Red Cross is often first on the scene to assist those in need, and these Ford Transit vehicles play an important role in helping them deliver food, water and medical supplies as quickly as possible,” said Jim Vella, president, Ford Motor Company Fund and Community Services. “People count on the Red Cross when disaster strikes, and the Red Cross knows it can count on Ford.”

The five donated Transit vans are all high-roof models powered by the 3.5-liter EcoBoost V6 engine.