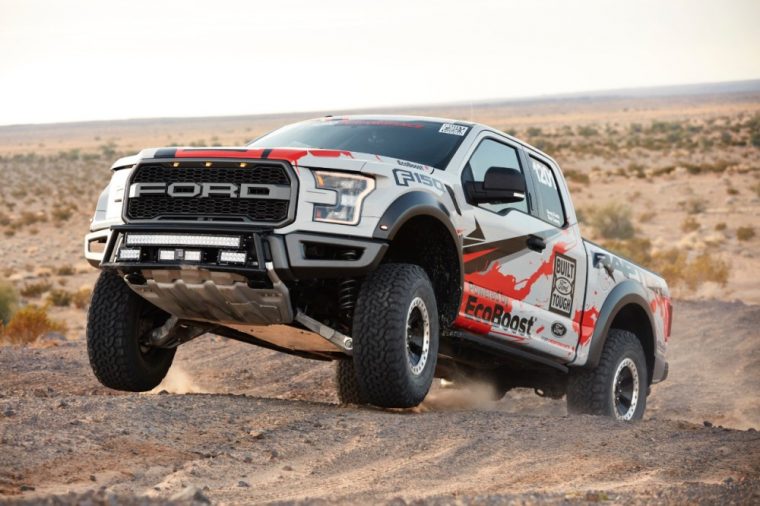 Visitors attending the upcoming Detroit Auto Show will get the chance to see the Ford F-150 Raptor race truck, which recently closed out the 2016 off-road racing season with nearly 2,500 miles of competitive testing under its belt.

To be precise, the Raptor race truck finished with 2,481 miles of testing combined between the 2016 Best in the Desert season and SCORE Baja 1000. These competitions featured rugged terrain such as desert sand, rocks, and trenches, as well as scorching hot temperatures. The Raptor race truck completed all of those miles with the same 3.5-liter EcoBoost V6 engine it started with, but its ten-speed automatic transmission was swapped out midway through the season so engineers could evaluate the performance of its new gearbox. Ford jointly developed the Raptor’s 10-speed auto with the help of its chief rival, General Motors. 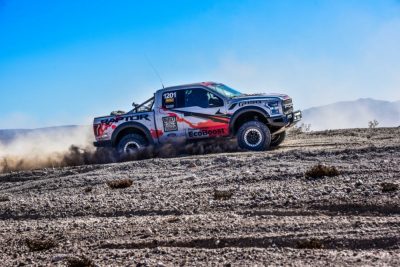 The Raptor race truck participated in these grueling tests with most of the equipment that‘s featured on the production version of the F-150 Raptor. However, a few mandated modifications were made to the truck, such as the addition of race-required lighting, navigation, and safety technology.

“We didn’t slap our name on a trophy truck like other manufacturers do,” said Ford Raptor Marketing Manager Brian Bell. “We ran a stock truck with full factory air conditioning, factory glass, AM/FM SIRIUS/XM satellite radio, the same engine and advanced off-road drivetrain and suspension that you’ll soon see at your Ford dealer.”

Ford engineers are expected to use data collected from these tests when designing future generations of its best-selling F-150 and Super Duty pickups.