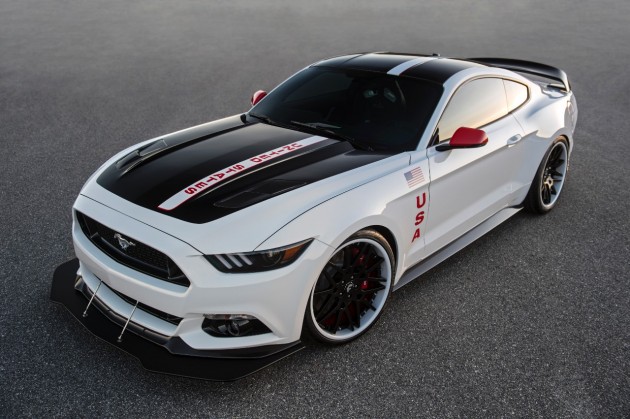 In case you just so happened to miss your Facebook feed blowing up with people making jokes about Pluto looking like a Death Star or quoting Aesop Rock lyrics, it’s been a pretty big week for space exploration. Ford is looking to keep that trend going by revealing the latest in its line of one-off Mustangs donated to the annual Gathering of Eagles charity event.

This year, Ford will bring a 2015 Mustang GT designed to pay homage to the Apollo program to the EAA AirVenture Oshkosh 2015 on July 23rd, where it will be auctioned off. All proceeds raised will benefit EAA youth aviation education programs, which help fuel the future of spaceflight by cultivating an interest in science in young people. 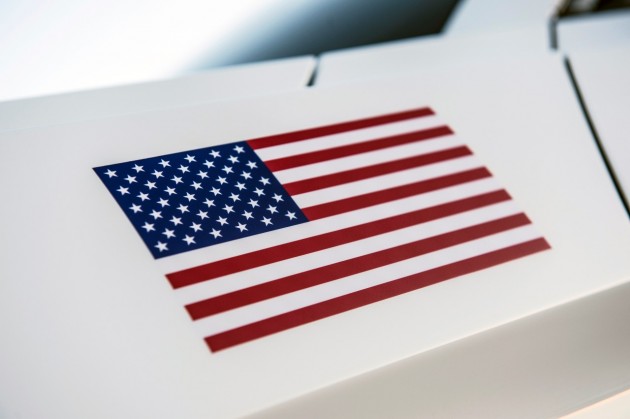 “The Apollo program delivered astonishing innovations in technology and achieved a national goal of landing the first human on the moon,” said Edsel B. Ford II, a member of the Ford board of directors. “The entire program was extraordinary–one of our nation’s greatest technological achievements. With this year’s stunning Apollo Edition Mustang, we salute that spirit of American ingenuity with the quintessential American automobile—Ford Mustang.”

The Apollo Edition Mustang—designed by Ford Design Manager Melvin Betancourt—joins a seven-year lineage of exclusive Mustangs that have appeared and been auctioned off at the Gathering of Eagles. Last year, Ford’s offering emulated the F-35 Lightning fighter jet, and the 2013 offering paid tribute to the US Air Force Thunderbirds. 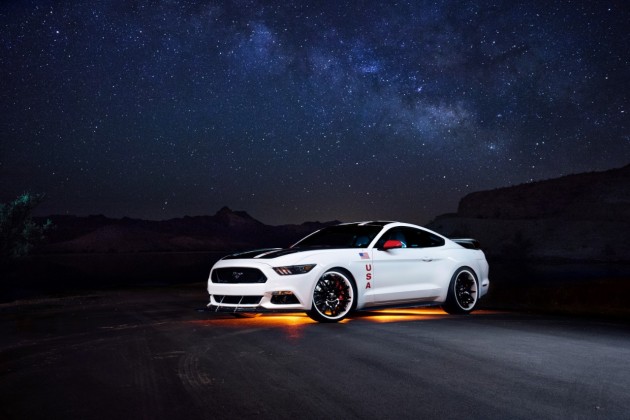