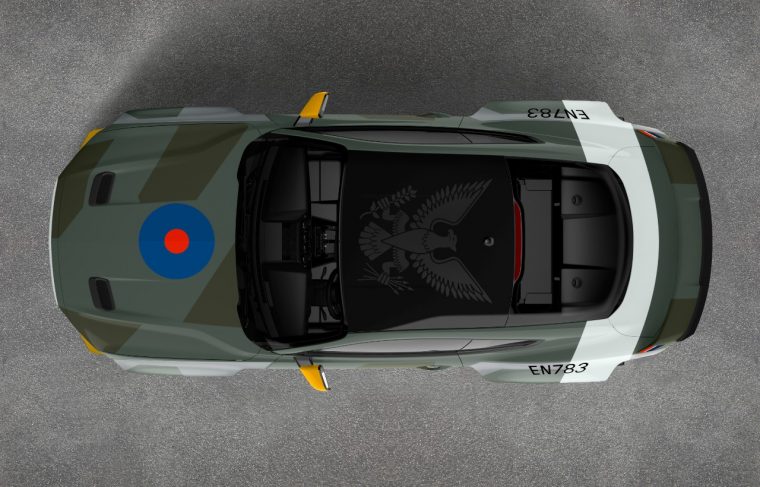 Ford is once again bringing a one-off, aero-inspired special edition vehicle to the Experimental Aircraft Association’s AirVenture Oshkosh fly-in, and it has called up world champion drifter Vaughn Gittin Jr. to help bring it to life.

This one-of-a-kind Mustang will be first displayed at Goodwood before making its way to The Gathering at this year’s EAA AirVenture, where it will be auction off in support of youth education. The highest bidder will also receive an all-expenses-included trip for two to the 2019 Ford Woodward Dream Cruise in Detroit, where they will take delivery of the Eagle Squadron Mustang GT and have the opportunity to meet members of Ford’s design team.

“Supporting young pilots through the EAA charity auction reflects Ford’s aviation history, tracing back to the company’s early days and the Arsenal of Democracy during WWII,” said Darrell Behmer, Ford Mustang design chief. “The Eagle Squadron Mustang GT build with Vaughn and the Ford design team is a great way to honor our heroes and keep the spirit of aviation alive for the next generation of American pilots.”

Ford has created and auctioned 11 custom vehicles in its 20-year sponsorship with The Gathering, rasing more than $3 million to support youth education. Last year, a F-22 F-150 Raptor collected $300,000 at auction.