Ford’s Not Building a Fiesta RS … Probably … Whatever 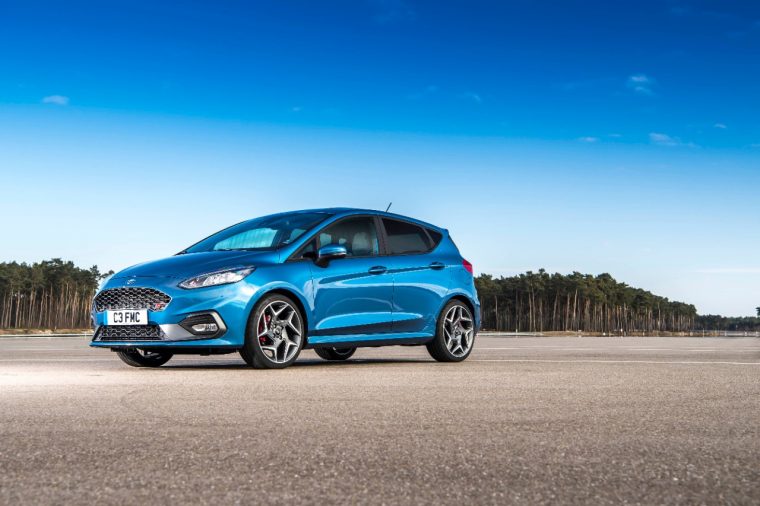 “We see no reason to bring a more powerful Fiesta model above the ST,” said Ford of Europe’s Director of Design, Amko Leenarts

In May, Ford Performance of Europe Director Leo Roeks told Motoring, with a wry smile no less, that he was “very busy” when asked about the prospect of bringing a Fiesta RS to market. Motoring interpreted this as an affirmative, and, thus, it was strongly insinuated that a high-power Fiesta RS was on the table for markets that don’t begin in North and end in America.

However, in a shocking, utterly shocking twist, it turns out that a broad grin may not be tantamount to confirmation. Motor1’s Adrian Padeanu reported this week that Amko Leenarts, Ford of Europe’s head of design, said there is not a need for the Fiesta RS since the new Fiesta ST more or less fills that space.

“We see no reason to bring a more powerful Fiesta model above the ST,” Leenarts said. “The performance of the new Fiesta ST is already at such a high level that a more powerful model is not necessary.”

To be fair, someone saying, “No, that’s not a thing that we really need to make at this particular time,” is quite a bit more convincing than, you know, someone smiling when asked a question. Leenarts’ comments echo the sentiments of Chief Program Engineer for Ford Performance Cars and former Chief Program Engineer for Fiesta Matthias Tonn, who told Autocar last year that “we won’t develop it,” as well as those of Ford Performance Vehicle Engineering Manager and Focus RS Chief Engineer Tyrone Johnson, who told CarBuzz that “there simply isn’t a business case” for building a Fiesta RS.

But, hey. One of these days, somebody might be asked about the Fiesta RS, and they might offer the question-asker a smile. And maybe, just maybe, that smile will indicate that there’s something a’coming. But today, friends, is just not that day.

A Thing That Is Actually Happening: Here’s what’s known so far about the Ford Mustang Hybrid