Forget Christmas – Detroit is Getting Ready for an Auto Show 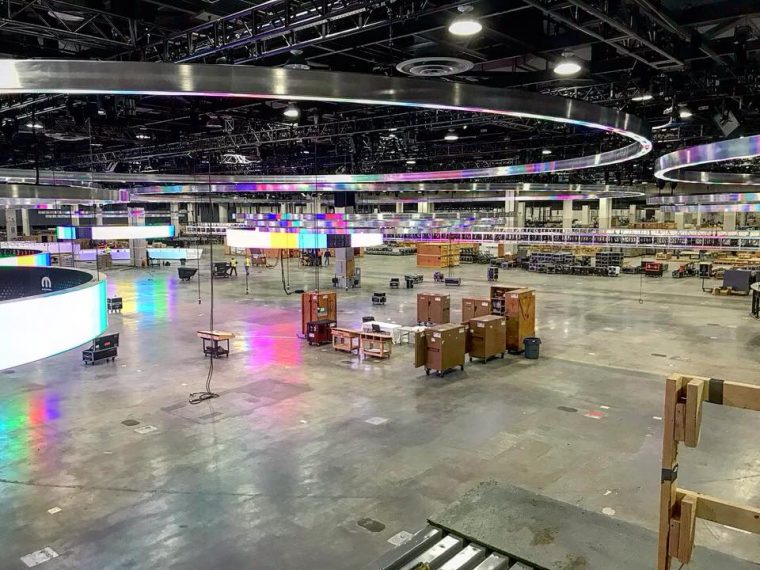 Every year it seems as if Christmas decorations and music creep earlier and earlier into the season before it. You know it’s getting bad when some Christmas items end up on store shelves before Halloween costumes are even fully set up. Well, it seems as if the same thing is happening in Detroit, but it’s the North American International Auto Show, or NAIAS, treading on Christmas’s toes.

Big and Bold: Learn more about the latest award for the 2018 Nissan Armada

Teams charged with setting up for one of the biggest auto shows in the industry started work for the event back in November with crates arriving from around the world from automakers to build their booths. One of the first tasks was to hang trusses from the ceiling to allow for the dramatic show lighting to be hung for each display. When it’s all said and done, about 1,500 union workers will have a hand in putting NAIAS together in the 700,000 square feet of open space the exhibition halls provide.

Max Muncy, a spokesman for NAIAS, told the Detroit Free Press that over 750 vehicles are scheduled to be parked on the show floor. While car companies are fierce competitors for attention at the show, Muncy reported that the teams that design each manufacturer’s displays will talk to their booth neighbors to ensure that their areas line up right and don’t restrict the flow of people.

There to Help: Check out the Nissan vehicles that helped in Hurricane Harvey relief

To be sure, there is still a lot to be done before the Detroit Auto Show opens to the press on January 14th.   But still, it’s beginning to look a lot like NAIAS!