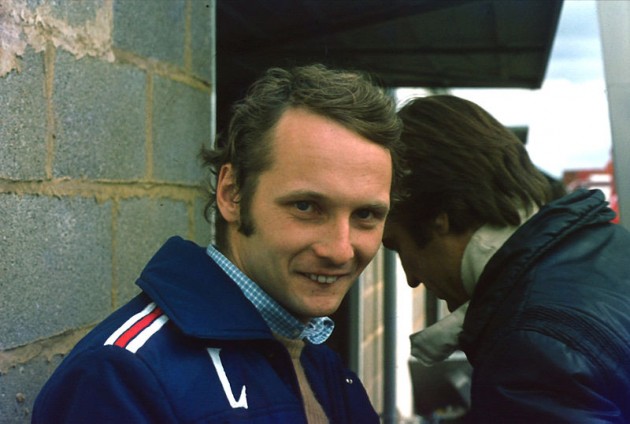 Learn more about Niki Lauda, the man who would not stop trying, in our Formula 1 profile
Photo: Gillfoto

In this Formula 1 profile, we’ll take a look at Niki Lauda, one of the most interesting and impressive characters to have ever graced Formula 1. And it starts before he even made it to the sport.

He was born in 1949 in Vienna into a major Austrian business and banking dynasty. His father had no intention of sharing his fortune with his son, whom he perceived as bringing disrepute to the family by playing at being a racing driver.

Lauda wasn’t discouraged and quickly made it clear that he didn’t care what his father thought. He borrowed money to enroll in a racing school instead of university, crashed his way through Formula Vee and Formula 3, then bought his way into Formula 2 and eventually Formula 1 with another bank loan, secured by his life insurance policy.

By 1972, he was deep in debt and the team he had joined was too uncompetitive to get him the results he needed to pay them off. A year later, he managed to talk his way into a complicated rent-a-ride deal with BRM and finally started improving, earning Enzo Ferrari’s attention and a contract with Ferrari soon thereafter.

You’d think a driver so far in debt and so furiously ambitious would be more than grateful to race with Ferrari, but Lauda’s famous self-confidence and no-nonsense work ethic didn’t allow him to spare the prancing horse any criticisms. After testing the 1974 Ferrari 312, Lauda told Enzo that it was a “piece of shit”—and then went on to make it better.

Though he was too prone to mistakes on the track to capitalize on the improvements that season, he quickly learned from them and found himself storming to multiple victories in 1975 and winning the world championship. Ferrari was ecstatic, but Lauda referred to his collection of trophies as “useless” and gave them away to the local garage in exchange for free car washes. 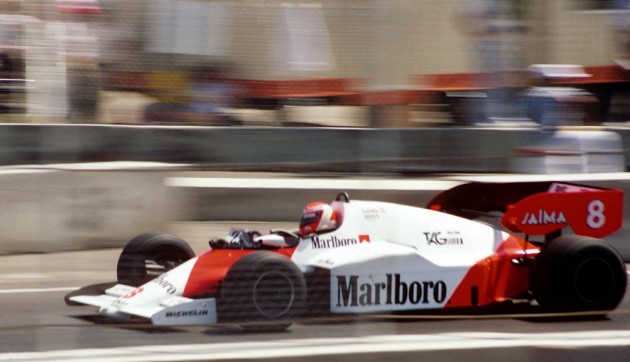 He seemed poised to win the championship in 1976 as well, and likely would have had it not been for his horrific crash at the Nürburgring Nordschleife. He was stuck in a burning car for a full minute, enduring first to third degree burns on his head and wrists, breaking several bones, and scorching his lungs. He was so badly wounded that a priest gave him his last rites.

Yet six weeks later, he was back in his car at the Italian Grand Prix with blood still seeping from the bandages on his head. Doctors say he recovered with sheer willpower. He put on a tough act, saying that the loss of half an ear made it easier to use the telephone, but it was several races before the disfigured Lauda could completely overcome his fears and be competitive again. His points lead prior to the crash was so great that he might have still won the championship, but he judged the torrential rains of the final Grand Prix to be too dangerous and pulled out. That entire season is dramatically recreated in the film Rush.

Though James Hunt called Lauda’s retirement an act of bravery, Enzo Ferrari had his doubts and planned to replace the Austrian driver. In response, Lauda scored victory after victory during the 1977 championship and clinched his 2nd title with two races to go; then he told Ferrari he was skipping the last races and leaving the team for Brabham.

Related: Deep Thoughts on How to Enjoy Driving More

He left the sport too less than two years later, stating he was “tired of driving around in circles” in his uncompetitive car. He went on to create Lauda Air, a promising airline that eventually needed more capital to grow. There was only one way Lauda knew how to get money he could invest in his planes, so he returned to Formula 1 in 1982, signing with McLaren for a reported $5 million.

In 1984, he won his third championship against teammate Alain Prost. A year later he retired again—for good this time—but has since stuck around in some way or form. He’s advised Ferrari, led Jaguar, and commentated on television before becoming the Non-Executive Chairman of the Mercedes F1 team, which won the 2014 championship.

Today, Lauda is regarded as one of the all-time greats. The fact that he survived his crash is incredible enough—that he not only returned to racing that same season but went on to win two additional championships is just remarkable.