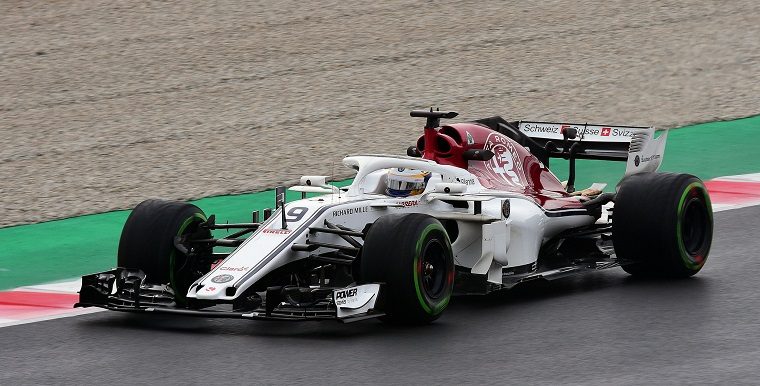 The last day of pre-season testing for the 2018 Formula One championship has come to an end, with both Ferrari drivers setting the quickest lap times and Mercedes finishing on top of the mileage sheet once again.

The most productive driver of the day was Haas’ Romain Grosjean, who completed 181 laps, covering an impressive distance of 523 miles. He desperately needed the time in the car, though, as he had completed less than half of that in the seven prior testing days.

Fernando Alonso went ‘round the Barcelona circuit 93 times, more than he had at any point in the last two weeks, though it still wasn’t as much as he would have hoped and he still finished at the bottom of the mileage sheet among full-time drivers. Once again, he was hindered today by yet another reliability issue: his McLaren had to stop on track this morning because of a turbo issue that took five hours to resolve.

Kimi Räikkönen, after sharing a test day with teammate Sebastian Vettel because of illness, also had a productive run, completing 157 laps and setting the second fastest time of the pre-season tests. The fastest time was set by Vettel yesterday.

Lease a Car: Learn about the benefits of leasing over buying

Last times, however, are unlikely to mean much, and most of the drivers and analysts on the paddock seem to be scratching their heads as to where they think their rivals stand. More important is reliability, and on that front every team bar McLaren looks superb.

In fact, both Renault and Honda engines were put through significantly more mileage than they had managed last year—and the Ferrari and Mercedes engines were close—despite the 2018 tests being continually interrupted by heavy rain and even snow during the first week. It bodes well for those hoping to see more on-track action and fewer cars retiring from technical problems during the races.

In total, the teams completed a combined 23,000 miles, with Mercedes taking the top spot, followed by Ferrari and Toro Rosso, whose Honda power unit seems far quicker and more reliable than it had been from 2014 to 2016. Renault teams also looked strong, except again for McLaren, which experienced a variety of issues both related and not related to the engine.

For a summary of where all the teams and engines stand at the end of the pre-season tests, you can refer to the table below. 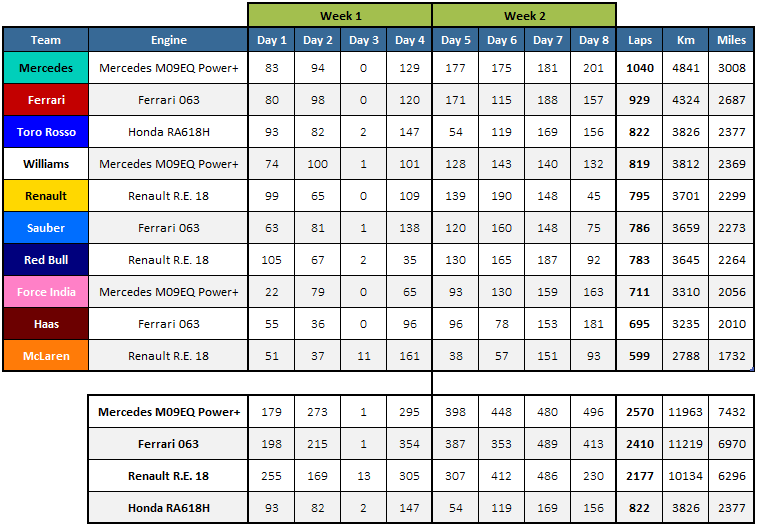