Formula One: Aero Development War is in Full Force 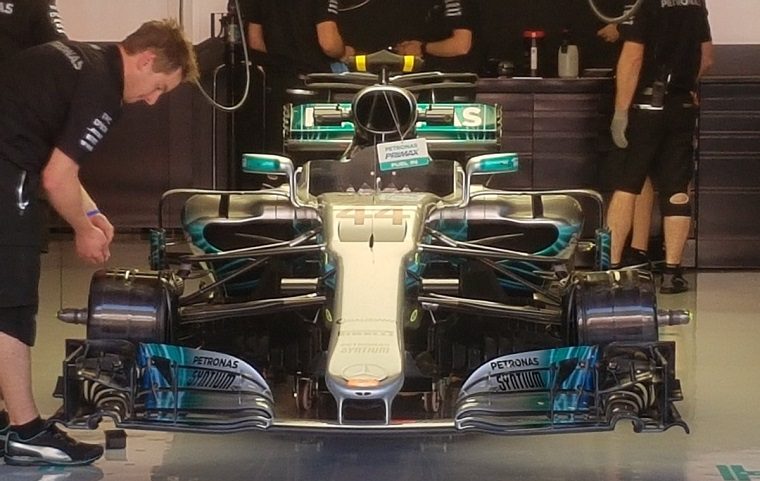 One of the elements of Formula One that makes the sport so appealing from a technical perspective is the almost absurd level of development throughout the course of a season. On a scale of weeks, and sometimes even days, F1 teams will bring in update after update in an ever-mounting battle of clever car designs and engineering wits as they fight for racing supremacy.

The first big wave of updates, though there have been many small ones already, tends to arrive at the first European race, traditionally the Spanish Grand Prix. Sure enough, the top three teams—Mercedes, Ferrari, and Red Bull—have made so many modifications to their cars ahead of the race in Barcelona this weekend that they may as well be all-new; and many of the lower-budget teams have made changes as well.

Should You Be Worried? What your dashboard warning lights mean

Red Bull specifically has long been talking of a “B-spec” car due for Barcelona, though the early images we’ve seen so far don’t reveal much of substance. Truth be told, we’re not really sure what Red Bull is up to. Historically it is the team that—in the hands of downforce guru Adrian Newey—has flaunted the best aerodynamic package of all the teams on the grid, but so far this year the RB13 car has looked surprisingly simple and hasn’t been quite up to speed. Still, I wouldn’t count Red Bull out just yet, as it has often proven to be the team with the best in-season development.

MASSIVE aero update to the W08. Nearly everything has been updated plus that snow plough nose! pic.twitter.com/pRgfg5lRVM

On the other hand Ferrari has brought in more visible updates, with new “coat hanger” T-wings, new bargeboards, more complex diffuser details, and even a new tail element on the rear light. That being said, even Ferrari’s updates look minor in comparison to what Mercedes brought to the engineering table. The W08 looks completely overhauled, with new aero bits added to just about every surface of the car where regulations allow.

Though Ferrari and Mercedes have been closely matched so far, with Mercedes slightly ahead in terms of engine power and Ferrari slightly ahead in the aero department, I wouldn’t be surprised to see the boys in red with a worried look on their faces as they check out the new Mercedes car.

Still, we’ll have to see how it all really performs on the track. As Niki Lauda said, Barcelona is when the real season begins. And that’s coming up soon, so stay tuned!