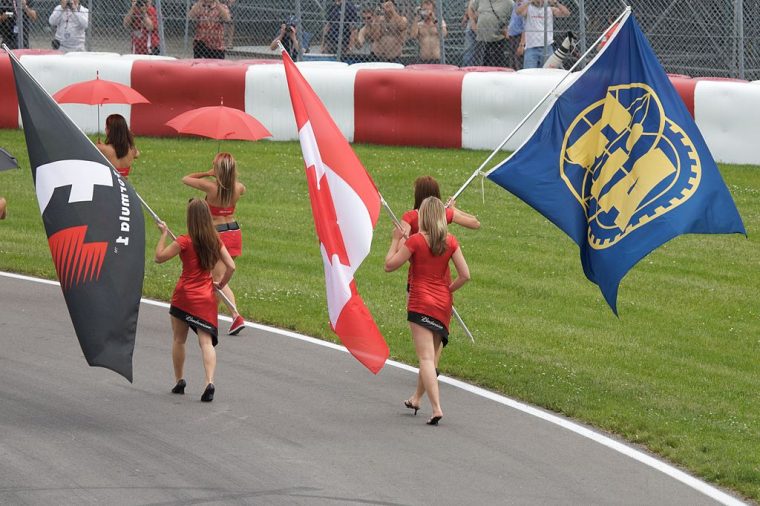 I’m so sorry, readers. I thought I was done talking about Formula One grid girls. After a few weeks of consideration, in late January the racing organization announced that it was done using women as track decorations starting with the 2018 season. Instead, F1 went on a similar route as European football teams, deciding to have local kids on the track as a way to get them closer to their heroes and involved with the sport. It was a win-win for everyone!

Until Russia and Monaco went and ruined it.

Not only did both countries announce that their grand prix events would feature grid girls, but they did so in particularly disgusting ways. In Russia’s case, the refusal to give up grid girls comes from the government in Moscow. According to USA Today, Russian Grand Prix organizer Deputy Prime Minister Dmitry Kozak told a Russian news service “If we can reach an agreement we will revive this tradition. Moreover, our girls are the most beautiful.” When discussing using grid kids instead of trying to make a deal to bypass the F1 decision, he disagreed with the idea, saying “It’s wrong at races to lead out children, who are frightened of mechanical things. You need grownups. In all kinds of motorsport, girls advertise the cars and it looks harmonious and pretty.”

For the record, Jalopnik’s Alanis King was quick to point out that grid kids are supposedly supposed to be chosen from local motorsports clubs, so they should already be comfortable around cars.

Monaco also took the “our girls are the best, so they get to stay” route to say why they get to ignore the new ruling. Michel Boeri, President of Automobile Club de Monaco, made a deal with F1 for grid girls to stay on the track. After it was finalized, Boeri had some snarky comments of his own, saying “We’ve had no problems with Liberty Media, except for the grid girl issue. They’re pretty, and the cameras will be on them once again.” Just like his Russian counterpart, he took what already sounded bad and made it just a little bit worse by adding “Our American friends assume that it could hurt the feminine feelings when employing young women to carry signs. Our hostesses complete model and PR schools. They perform during the Grand Prix at events that are in line with their training. And they are paid for it.”

When F1 decided to replace grid girls, I certainly didn’t think it would end sexism in racing. The backlash from drivers, race teams, and internet users before the official decision was enough to dispel any illusions I had, with grown men bemoaning the loss of their “eye candy” if the female models got taken off of the track. Even with all of that, it’s especially discouraging to see high level racing officials not only asking to ignore the decision but reducing women as something pretty to perform for them and the cameras.

Perhaps someone should remind them that F1 didn’t ban women from the track altogether. If they want the superior female populations of their countries represented on the track they should start teaching them how to get behind the wheel and drive, or give them the tools and training to take on more meaningful roles on the race teams.