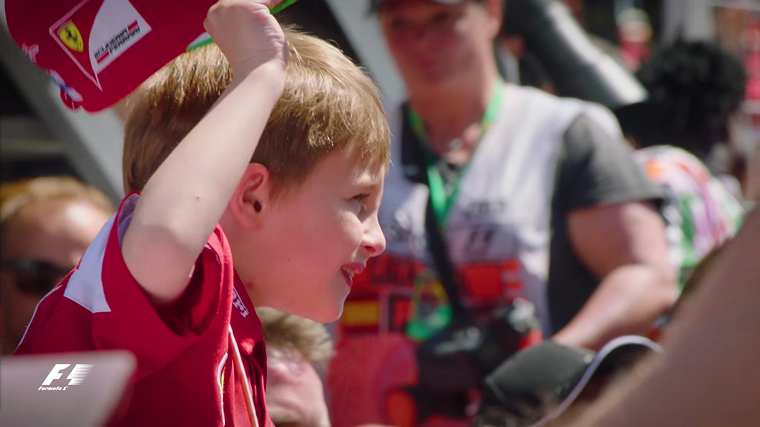 Last week’s announcement that Formula One would get rid of grid girls was met with a lot of controversy, though this could have perhaps been avoided (to a degree) had the FIA not waited until today to announce that grid girls would not just be eliminated but would rather make way to grid kids, which had long been one of the popular suggestions for replacing the models (along with grid puppies).

Still, one imagines that F1’s new owners Liberty media will save a lot of money by switching from women to kids (a single grid girl could earn $10,000 in a single F1 weekend) and, more importantly, avoid the bad press from the American audience it is attempting to capture, which has up until this point been more interested in NASCAR or sports where cheerleaders are featured instead.

Going to a Race Track with Your Own Karts? Learn how to hitch a trailer

Formula One has thus gone the route of soccer by choosing to use kids to show off sponsors and local flair. According to the FIA, these kids will be chosen by their motorsport clubs “on merit, or by lottery, and will already be competing in karting or junior formulae.” Their immediately family will also be granted paddock access for Sunday events.

After last year’s heartfelt moment at the 2017 Spanish Grand Prix went viral—a young Ferrari fan was seen crying in the stands after Kimi Räikkönen crashed on the first lap, only to be later invited back to the Ferrari lounge where he was able to meet his hero—it is no surprise Liberty Media chose a course of action that may facilitate more young fan involvement in the sport.

Car Buying Tip: Why it’s better to buy used from a dealership