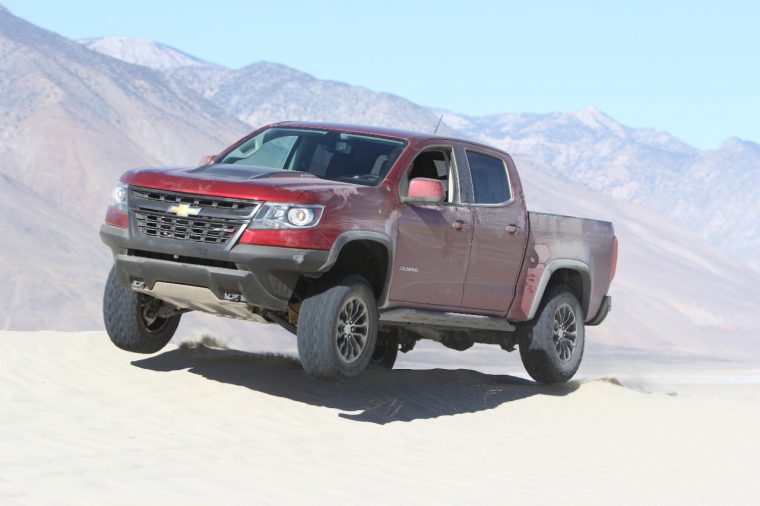 The 2018 Chevrolet Colorado ZR2, the high-performance off-road variant of the 2018 Chevrolet Colorado, has snagged the title of FOUR WHEELER’s Pickup Truck of the Year. The 29th annual entry in the publication’s year-end awards pitted the Colorado ZR2 against the Ram 1500 Harvest Edition and Ram 3500 Cummins turbodiesel in a weeklong test that covered roughly 1,000 miles on-track and off-road.

“The new Colorado ZR2 was so much fun that it left us speechless, but at the same time it left us wanting to babble on for hours,” said FOUR WHEELER Editor Ken Brubaker. “The ZR2 takes the capable Colorado platform to a new level with a dizzying array of modifications, including front and rear electric differential lockers, Multimatic Dynamic Suspensions Spool Valve shocks, a 2-inch-taller ride height, 3.5-inch-wider track width, additional skidplating, 31-inch tires, and many more off-road–centric goodies. The result is a truck that is willing and able to conquer terrain that would leave most other trucks behind.”

Related: A look at the various trims and features of the Chevrolet Colorado

“Chevrolet has a proven track record of success developing performance variants for Corvette and Camaro,” said Mark Dickens, executive director of Performance Vehicles, General Motors. “ZR2 takes this philosophy and applies it to Colorado, albeit in a way that makes sense for a truck, enabling customers to rock crawl, desert run, and even drive comfortably on paved roads, all with equal degrees of confidence and fun.” 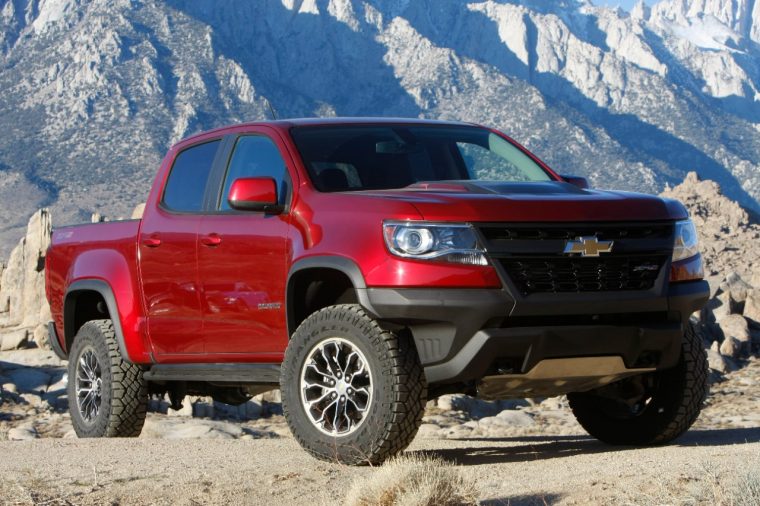 More Chevrolet Trucks: What you can expect if you’re shopping for a Chevrolet Silverado 1500