France is in real trouble. After the French government used emergency powers to shove through a new labor reform bill (bypassing the lawmakers that almost certainly would have struck it down), protests have wracked the country. The new labor reform bill makes it easier for employers to fire workers and reduce overtime pay, which the government says are necessary to make France more attractive to employers.

Protesters, obviously, disagree. Striking workers have shut down five of the country’s eight oil refineries, leading to gas shortages in the north and west of the country (although the transport minister is trying to head off rumors that there is any gas shortage at all).

Taking It Into Your Own Hands: Here is how you check your own oil

However, one group sees this as a golden opportunity: electric car makers. France’s Renault in particular launched a campaign boosting the brand’s top-selling electric car Zoe.

“In France, we don’t have any more petrol but we do have Zoe,” Renault tweeted in one ad. Another ad shows the Zoe with the slogan “0 liters per 100 km.” 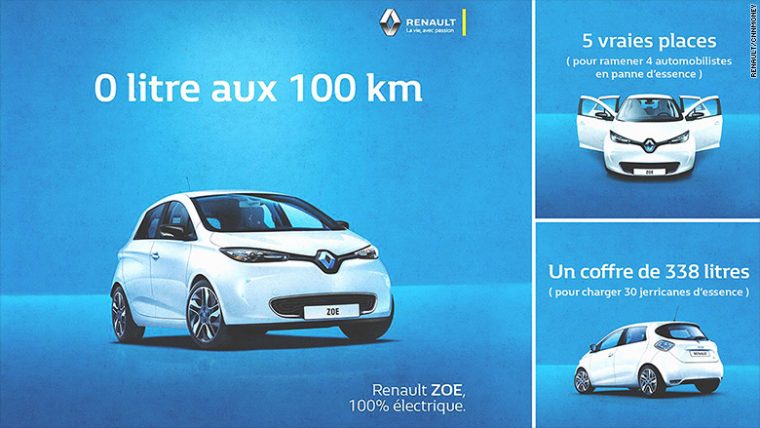 As a result, Renault has said that the campaign has been a wild success, leading to a 50% spike in calls from drivers asking for information on the Zoe as well as electric car owners posting carpooling offers online for stranded gas-car drivers.

Good Idea, or Bad Idea? Should you give a car as a gift?