From Iron Man to Endgame: The Cars of Tony Stark 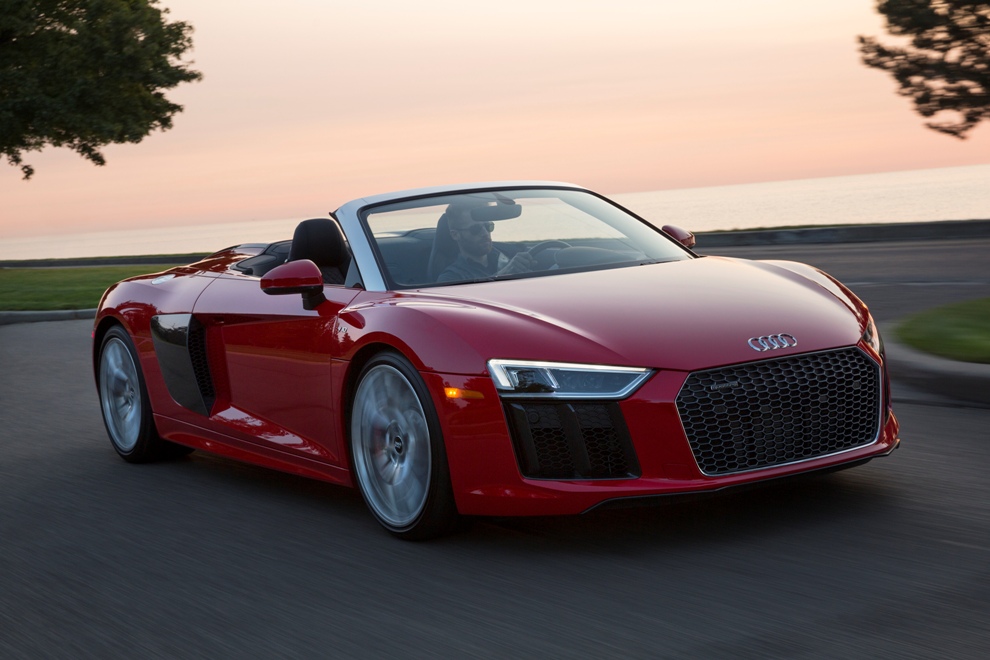 It has been quite a ride for Robert Downey Jr. In 2008, his character, Tony Stark, constructed the first Iron Man suit in a cave from a box of scraps. From there, he would go toe-to-toe with the likes of Obadiah Stane, Whiplash, the Mandarin — or so we thought — and Aldrich Killian.

And while we could go on about Stark’s witty lines, his romantic relationship with Pepper Potts, his quarrels with Captain America, and that fistfight with Thanos, we cannot say enough about his luxurious taste for riding in style. Here are the cars of Tony Stark from Iron Man 1 to the here and now.

His garage included a long line of luxury and classic cars, including the 1932 Ford Flathead Roadster, the Tesla Roadster, Saleen S7, and Shelby Cobra. However, the first film connected Stark to the 2008 Audi R8 all the more, as audiences identified it as the car Iron Man drives. In the movie, you first catch the German sports car in Stark’s garage as he works on his Roadster. He drives the Audi R8 to a charity event and the airport to meet Rhodey and fly to Afghanistan. The studio scrapped a later scene involving Rhodey and a stunt with the R8 during the final fight between Iron Man and Obadiah.

In the sequel, we see the return of the Ford Flathead, as well as a new guest star — the Audi R8 Spyder. We catch glimpses of the parked car in Stark’s garage, along with a new lineup of speedsters. When you have the money that Tony Stark has, you have to change the scenery up every now and then. The R8 Spyder convertible features a 5.2 FSI V10 engine that cranks out 525 horsepower.

The most successful standalone Iron Man movie at the box office is Iron Man 3, raking in $1 billion worldwide. Tony debuts his new Audi R8 e-tron along with a short sequence with a Bugatti Veyron SS. Sadly, these cars get destroyed when Tony invites the Mandarin to his front doorstep, resulting in a helicopter assault that obliterates his Malibu Mansion.

While the whole world was waiting eagerly for this film, many of us anticipated what Tony Stark would drive next. After the earth experienced a near life-altering alien invasion, Stark still found time to drive around in the Acura NSX concept car. At least he waited until he, Cap, Thor, Black Widow, Hawkeye, and the Hulk saved the day. We wouldn’t want that beautiful car getting destroyed. We catch the 270-horsepower, 3.0-liter V6 transporting Stark and Banner away from the scene where Thor takes Loki back to Asgard.

The Avengers: Age of Ultron

This film was a bit too busy on Stark’s own controversial creation — Ultron — to focus on any of his car collection. However, we did get a peek at his brand new, redesigned Audi R8.

2016 brought further division within the Avengers in regards to the Sokovia Accords. However, Stark continued to be Stark, driving another Audi R8 in a scene.

When you reboot a superhero for the second time in five years, you best bring Mr. Stark on board to give the film some additional pizazz. In the film, Stark shows in up in a new Audi A8. For the premier, Spidey rode on a camouflaged A8 and Downey Jr. and John Favreau arrived in a R8 Spyder.

As we all get ready for the three-hour epic conclusion tonight or tomorrow, we’re excited to see what Stark drives this time around. Downey Jr. recently revealed the new Audi e-tron GT Concept car and mentioned that he drives it in the film. So keep an eye out for it.