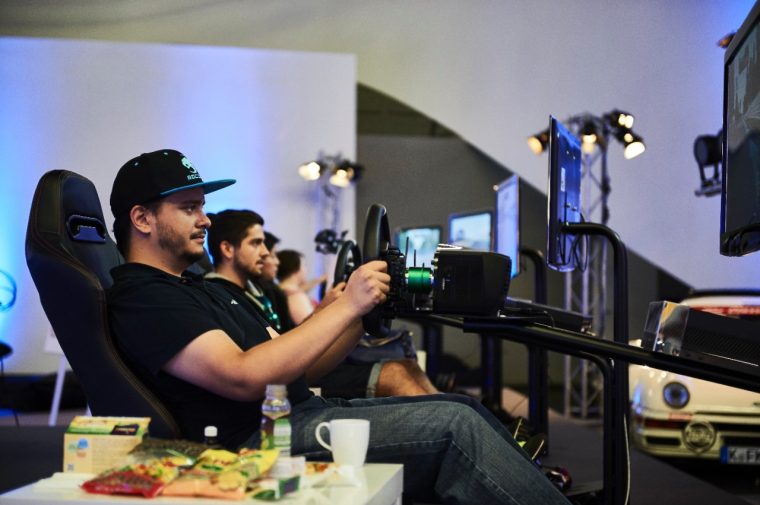 Motor racing is undeniable a sport, and its drivers are athletes, but what about video game racing?

To prove that virtual race car drivers–aka video gamers–also need uncommon concentration, skill, reflexes, and stamina, five players from across Europe put their skills to the test playing Forza Motorsport 6 on Xbox One. By playing for over 48 hours straight, they set a Guinness World Record for the “longest video game marathon on a racing game.”

The feat took two straight days of game play at Ford’s European Headquarters, which amounted to a combined 41,004 virtual miles traveled–enough to circle the Earth. This monumental undertaking was intended to not only break the previous record but to pay homage to the accomplishment of the Ford GT team at the 24 Hours of Le Mans earlier this year. The track that was driven was a virtual recreation of the actual course.

“For me, it’s incredible to see anyone stay up all night, whether it’s for a bumper car marathon or four days of watching television,” said Lena Kuhlmann, official adjudicator of Guinness World Records who oversaw the undertaking. “Two days of race gaming is a superlative effort. The endurance of the gamers is remarkable. They were engaged, concentrating and having fun even after the record was broken.”

In the process, the gamers consumed a staggering amount of junk food to stay awake during the record-setting stretch: 6 pounds of candy and 31 gallons of energy drinks, soda, and water. It’s going to take much longer than 48 hours to recover from the damage done to their bodies.