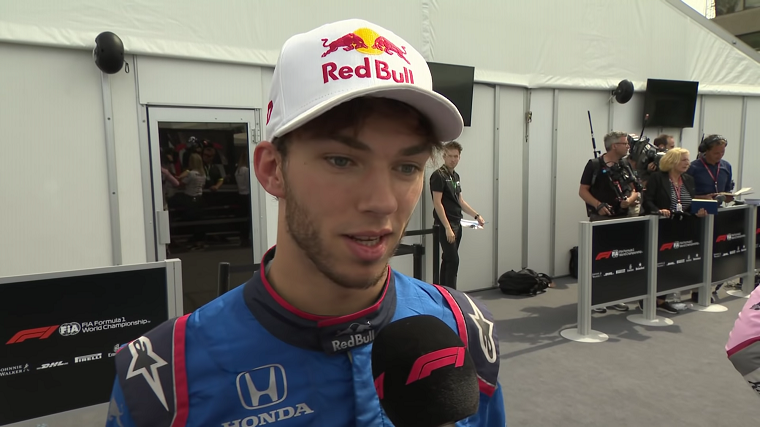 Formula One driver Pierre Gasly has stated his admiration for what Honda has done with the Toro Rosso team since their partnership was announced last year, purporting that their decision to stay in the sport after three intensely difficult years with McLaren showed that “they are not here to f*** around.”

“They really want to show that they have the materials and the experience to do the best engines in Formula 1,” Gasly added. “When they want something, they give everything they have until they achieve it. I’ve said it before, from my year in Super Formula, they are the most committed people you could ever work with.”

The French driver then expressed hope that Honda’s engine upgrade at the Canadian Grand Prix this weekend would help it match Renault’s level of performance, though he admitted that because of Red Bull’s own experience with Renault under-delivering on performance upgrades, he was remaining cautious about what to expect.

“If the step is big we should make a step forward in the ranks,” he said, before explaining that he believed Red Bull was delaying the decision to choose between Honda and Renault because the two are so close in terms of performance.

“If you go with a new manufacturer it means quite a lot of new work, new relationships, and in terms of the design of the next year’s car it changes quite a lot,” he said. “At least with Renault they know what they have. It’s a complicated decision.”

Nonetheless, the bad blood between Red Bull Racing and Renault is now well known around the Formula One paddock. New relationships could be exactly what Red Bull is seeking.