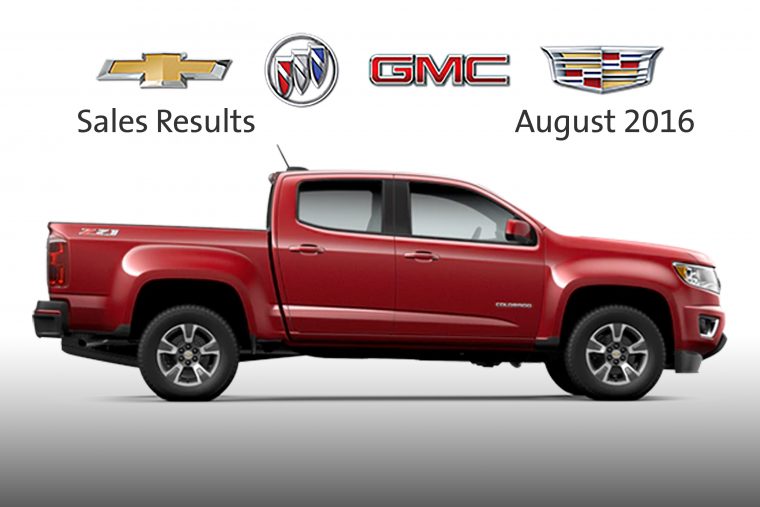 General Motors delivered a total of 256,429 vehicles in the United States last month, down 5.2% from sales in August 2015. At retail, GM’s sales were down 5.4% at a total of 212,915 units delivered. GM noted that its retail sales were “in line with the industry’s retail performance for the month,” also pointing to tight dealer inventories as a cause for its decline in sales.

“Despite tighter dealer inventories, we had a solid retail performance in August led by Chevrolet, which gained retail share in eight different segments,” said Kurt McNeil, U.S. vice president of Sales Operations. “Our retail strength is reflected in our record ATPs in August, which were up more than $1,600 from last month and nearly $5,800 above the industry average while our incentive spending was below the industry average and well below our domestic competitors.”

Buick’s retail deliveries are up 3% through August with the brand having gained 0.1 percentage points of retail share thanks to the addition of new models such as the Envision crossover and Cascada convertible.

GMC posted its highest monthly ATP ever at $45,000, as well as a record-high 28% penetration for the Denali brand.

“All the economic factors continue to point toward a strong second half of the year and another potential record year for the industry,” said Mustafa Mohatarem, GM’s chief economist. “We think the industry is well positioned for a sustainable high level of customer demand.”