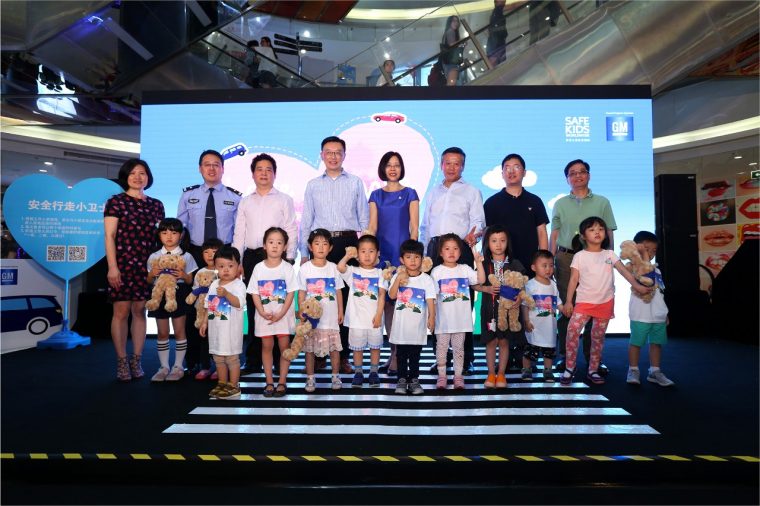 This week, in cooperation with Safe Kids Worldwide, General Motors China launched the 2016 Safe Kids Safe Ride program in the city of Shanghai.

The program, now in its third year, strives to reduce vehicle-related injuries to children. This year’s theme is “Love & Smile,” and parents are encouraged to show their love for their children and put a smile on their face by ensuring they sit in child safety seats.

GM China is supporting community outreach programs at shopping centers, kindergartens, and other venues to teach children and their parents about vehicle safety. Additionally, 30 kindergartens across China will hold programs to train teachers on how to educate their students.

GM China is also teaming up with the Shanghai Traffic Police Corps to produce a video that will remind people to look before opening their car doors, which has become a major concern due to the country’s increasingly crowded streets.

“Ensuring the protection of road and vehicle users is a priority for General Motors,” said GM China President Matt Tsien. “By working together, we can educate the passengers of today and the drivers of tomorrow to develop good vehicle safety habits.”

The Safe Kids Safe Ride program kicked off during an event this past weekend at the Cloud Nine Shopping Center in Shanghai, during which GM China and its employee volunteers demonstrated the proper way to install child safety seats.

“Traffic-related issues are the major cause of injuries among children in China. Nearly 20,000 children are injured annually,” said Monica Cui, executive director of Safe Kids China. “Proper road safety behaviors such as using car seats, not leaving children alone in vehicles and paying close attention to children around vehicles require the strenuous effort of parents.”

The Safe Kids Safe Ride program is an extension of a 19-year partnership between GM, the GM Foundation, and Safe Kids Worldwide.