General Motors May sales totaled 284,694 units, up 13 percent compared to May 2013. This marks the company’s best May in seven years and the best monthly sales since August of 2008. Specifically, retail sales were up 10 percent and fleet sales shot up 21 percent. 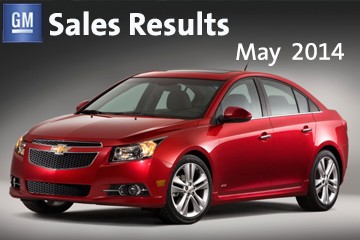 “The momentum we generated in April carried into May, with all four brands performing well in a growing economy and 17 vehicle lines posting double-digit retail sales increases or better,” explained Kurt McNeil, U.S. vice president of Sales Operations.

Chevy sales got a boost of 14 percent. Buick saw its best May since 2005, while Cadillac and GMC had their best Mays since 2007.

Corvette sales led the charge, up a whopping 268 percent. Other top sellers included the Cruze, the Spark, the Camaro, the Impala, and the Malibu. For Cadillac, the CTS and the Escalade were sales leaders, and the Regal and the Encore spearheaded Buick’s success.