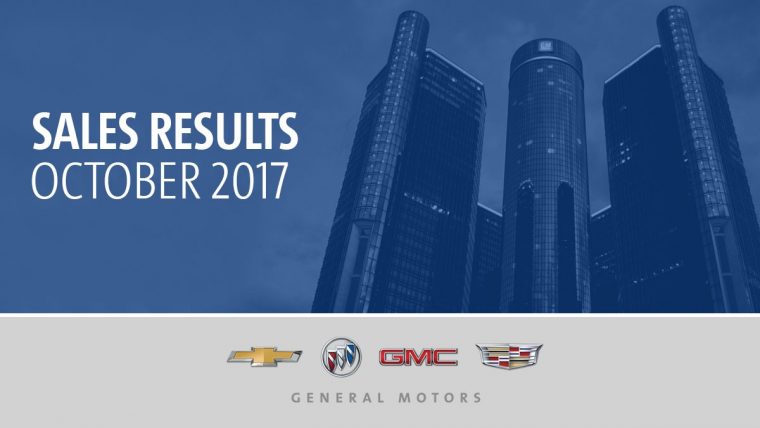 The success of Chevrolet, Buick, and Cadillac’s crossovers helped bring GM its third straight month of having a combined retail market share of 17% or more for the segment, a feat that General Motors has not accomplished since July-September 2011.

“We are heading into the fourth quarter with good momentum, thanks to a strong US economy and very strong pickup and crossover sales. In fact, Chevrolet and GMC have some of the fastest-turning crossovers in the industry,” said Kurt McNeil, US vice president of Sales Operations.

“The all-new Chevrolet Equinox is off to a great start and we could have sold even more if we had more available,” McNeil added. “We also see tremendous upside with the launches of the 2018 GMC Terrain, Chevrolet Traverse, and Buick Enclave. They are arriving in showrooms at the same time consumer confidence is at its highest level since 2000. Small business optimism has also stayed very high since last fall, and that bodes well for pickup and van sales.”

In addition to being the only brand to see year-over-year growth in October, GMC set a new brand best for average transaction prices (ATPs), driven by 30% Denali penetration. GM’s total October ATPs were around $36,000, about $1,000 per vehicle better than the third-quarter average.