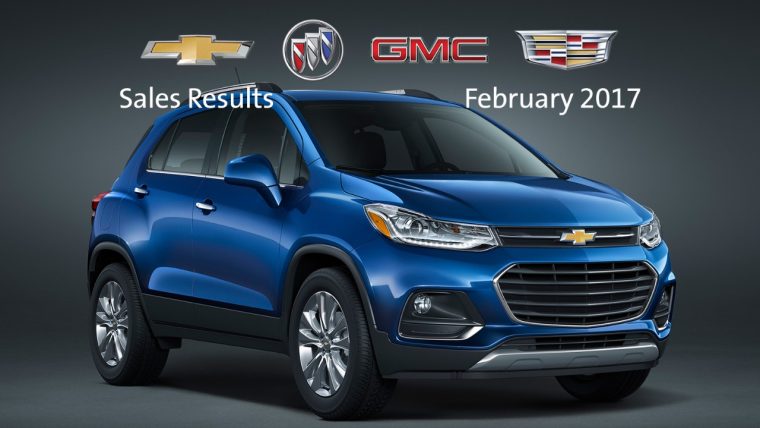 General Motors enjoyed a 4.2% year-over-year sales increase in February, delivering a total of 237,388 vehicles over the course of the month. Record deliveries of crossovers, large SUVs, and pickup trucks spurred 4.9% retail sales growth, with retail sales for the month totaling 188,715 units, thanks to year-over-year increases from the Chevrolet, Buick, and GMC brands.

GM saw a market share increase of 0.9 percentage points overall with a total market share of 17.5%. At retail, GM gained 0.7 points for a 17.7% share. Average transaction prices were up $570 per vehicle, setting a new February record at $34,900 per vehicle.

“Our retail-focused go-to-market strategy is delivering robust results,” said Kurt McNeil, US vice-president of Sales Operations. “All of our brands grew their average transaction prices by healthy amounts, and we delivered solid growth in the industry’s fastest-growing and most profitable segments.”

Buick sales were up 8.1% at retail with 15,480 units delivered; the brand was led as ever by the Encore, which set a retail deliveries record and saw sales totaling 6,528 units overall.