Wherein I liken GM to a massive boss in Dark Souls. It makes more sense the more you read it. 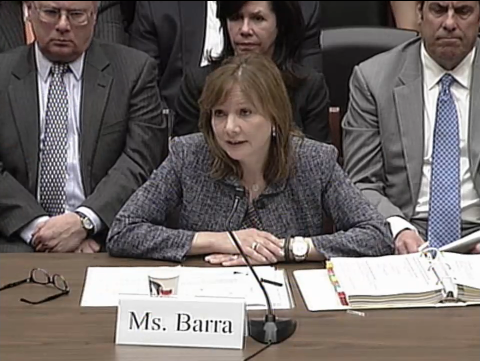 Want to buy some General Motors stock? I mean, who wouldn’t want to buy stock in GM today, am I right? Well, if you want to sink your money into the albatross that General Motors has become, shares are down to $33.30, which is just a hair about the IPO price. Come and get it!

General Motors stock last hit a high of $41.85 on December 17, 2013 in the week that followed the U.S. government selling of its final share in the company. By February 13, when the first recall related to faulty ignition switches was announced, the stock closed at $35.20, and it’s been all downhill ever since.

Speaking of downhill: strap in. Things are going to go a bit south here.

At this point, GM has become lumbering nightmare creature not terribly unlike the Gaping Dragon from Dark Souls, lying in wait beneath the Undead Burg until it is summoned to do battle.

For those of you not familiar, Dark Souls is well known in gaming circles for, among other things, its massive and imposing bosses and the incredible ease with which all enemies of any size can kill you. This game’s tagline: “Prepare to Die.” If you plan on playing it, you should heed that warning. Because you will. Over and over again. When the sequel launched on March 11, it took a mere three days before players had died over 4 million times in-game.

Here’s the aforementioned Gaping Dragon, one of the game’s many merchants of death and today’s General Motors allegory: 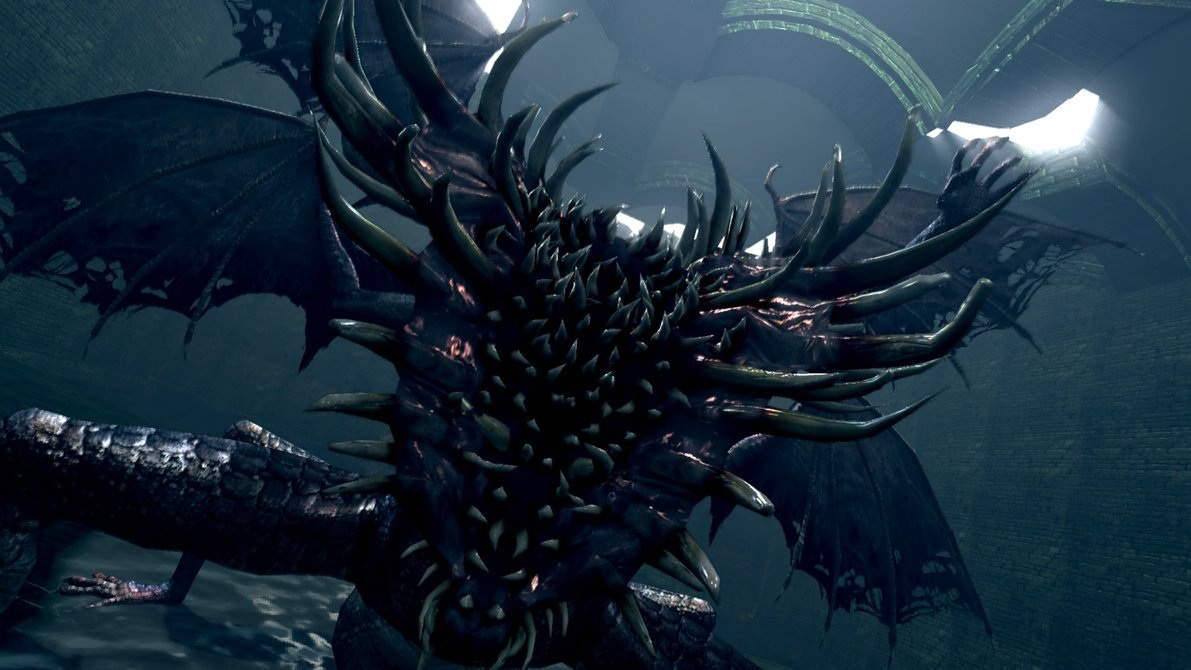 Ain’t nothing but a peanut

So why are GM and the Gaping Dragon so much alike in my insane point of view? They both eat hit after hit from the player (or, in the case of General Motors, the uneasy alliance of NHTSA, Congress, and the court of public opinion), but they just keep coming. Once its attack patterns become more apparent, it seems like it’s relatively easy to defeat. In the case of the Gaping Dragon, it’s got a flying smash, a multi-stop barrage, a tail swipe, and corrosive vomit. In the case of GM, it’s the constant line of “I want to know that as much as you do,” “We will know more after the investigation,” “The New GM will focus on safety,” and—of course—corrosive vomit.

Despite the fact that General Motors and the Gaping Dragon are both transparent in the sense that they’ve telegraphed their methods of offense/defense to this point, they’re still enormous and more than capable of overcoming their own predictable nature through sheer brute strength. 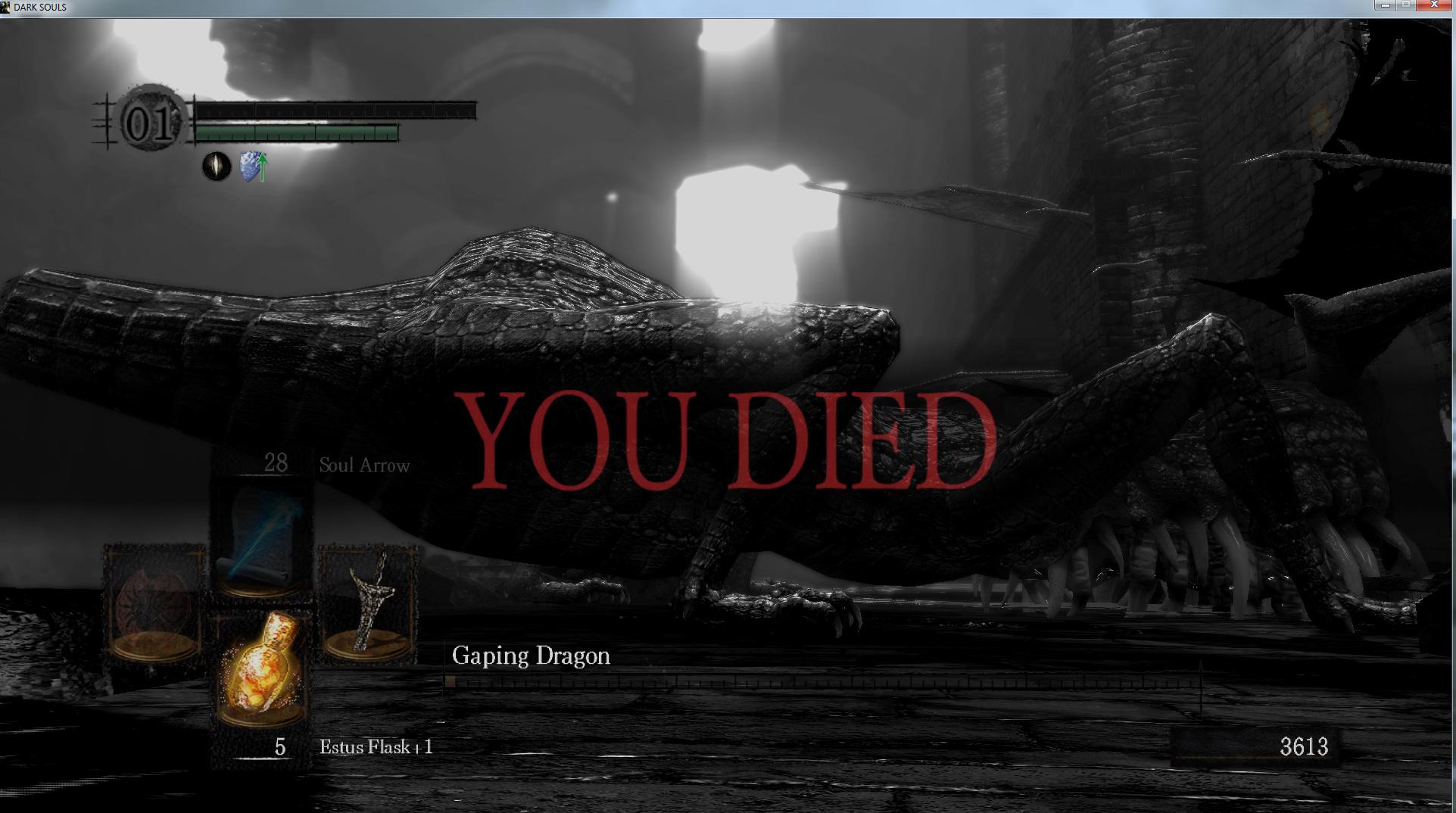 If you plan on playing Dark Souls, get used to seeing this screen. A lot.

General Motors stock prices are as likely to rise again—regardless of what comes out of the ongoing investigation—as the Gaping Dragon is to frustrate players who are impatient with it. This is a company that has already survived bankruptcy for the sheer fact that it was not allowed to die, and just like game mechanisms of old, it seems to have been reborn with post-hit invincibility. This is why they, among other things, have carte blanche to threaten the families of victims who threaten civil action. Whether or not their immunity has a terminus point remains to be seen, but in the interest of playing fair, let’s hope it does.

The hope, in the end, is that General Motors and the Gaping Dragon both meet their natural fates. In the case of the latter, it meets its end at the hands of the player, who collects their spoils and moves on to battle the next thing that wants to do them harm. 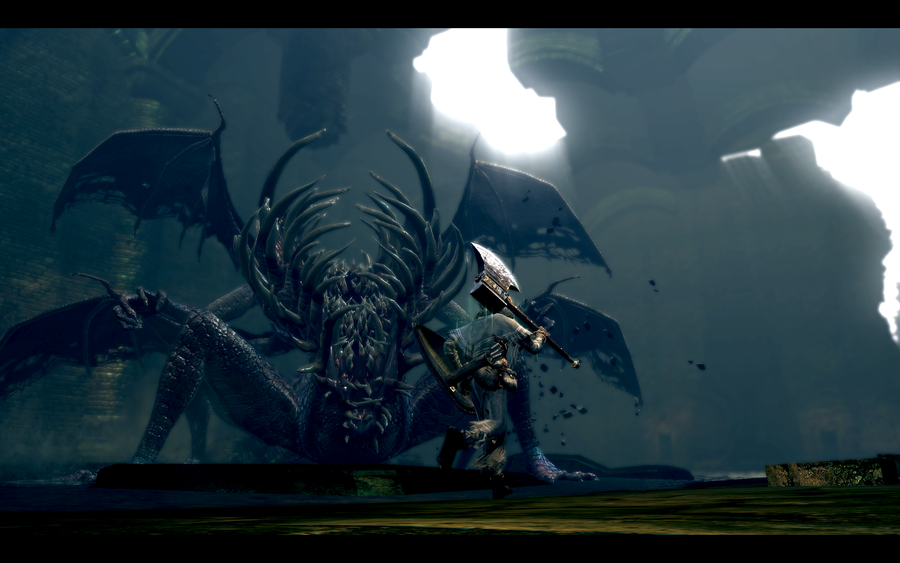 This isn’t even close to the toughest boss in the game.

It’s hard to say what fate General Motors deserves at this point, but it certainly does not involve moving forward without acknowledging the blood on its hands. General Motors stock shares dropping rapidly and the probable $1.3 billion cost of repairing all recalled vehicles seem relatively just, but where does it leave the families of those who have suffered? While nothing will bring their loved ones back, a combination of compensation and GM admitting culpability might be enough to give them some measure of peace.

Whether GM gets/gives up what it should is something that will be determined in the days, weeks, and months to come. Where the Gaping Dragon and General Motors are absolutely different: the lives lost due to the inaction of the latter party are not statistics, nor are they lives that can be renewed by pressing start.