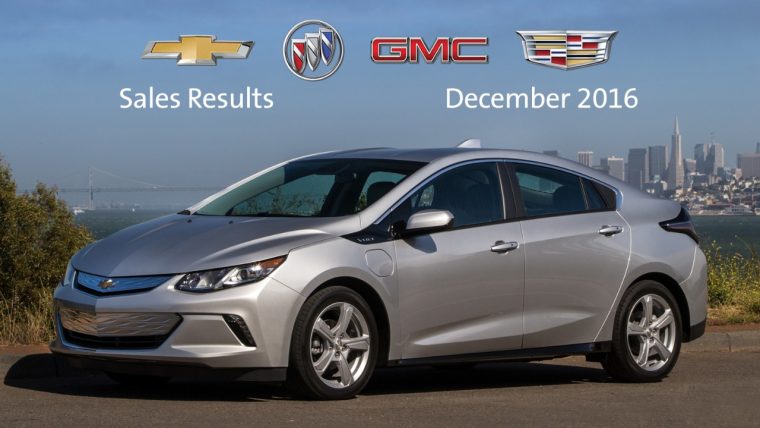 General Motors rounded out 2016 on a high note, delivering a total of 319,108 vehicles in the United States during the month of December, good for a 10% year-over-year increase. Retail sales rose 3.4% at 249,983 units, an uptick driven by an 8.1% year-over-year retail sales gain from Chevrolet.

Start a Fire with the Spark: New Spark ACTIV model coming in 2017

As a result, GM finished the year having sold an impressive 3,042,775 vehicles in the United States across its Chevy, Buick, GMC, and Cadillac brands. Retail-wise, sales increased 1.8% from 2015 with a total of 2,446,582 vehicles delivered.

“We finished 2016 with a strong December, reflecting the continued strength of GM’s U.S. retail and commercial businesses,” said Kurt McNeil, GM’s vice president of US Sales Operations. “We begin 2017 well positioned to continue growing our US retail business, driven by all-new products like the Chevrolet Equinox and Traverse being launched into key, growing US market segments.”