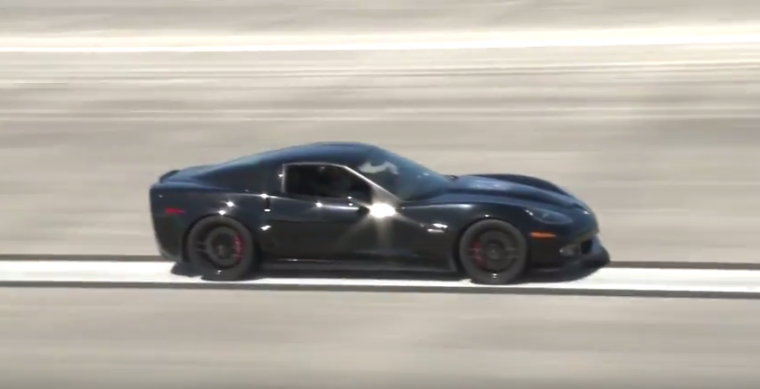 A while back, we brought you the story of a 2006 Corvette Z06, stripped of its 7.0-liter LS V8 engine and outfitted with electric motors pumping out a combined 600 hp and 570 lb-ft of torque. Created by the company Genovation, the car was named the Genovation eXtreme Electric, or the GXE.

On its very first day of testing, the car was fast enough to smash the record of Top Speed of a Street Legal Electric Car at the Johnny Bohmer Proving Grounds/Shuttle Landing Facility in Florida, clocking in at 186.8 mph (the previous record from a Finnish prototype was 177 mph).

Since then, the GXE has continued to undergo testing, until it recently outstripped its own record, easily beating its old speed with a new top speed record of 205.6 mph. The record was once again set at the Proving Grounds and once again certified by the International Mile Racing Association.

Interestingly, the GXE reportedly has an all-electric range of 130 miles, with a low center of gravity and near-equal front-back weight distribution, which Gizmag says would “allow it to show the Model S a clean set of heels in the twisties” (I looked it up—it means the GXE would win in a race).

For those wanting to get their hands on one of these modified ’Vettes, unfortunately the GXE is still in testing and development, although the company expects to open for orders later this year.

You can watch the GXE break records (for the second time) below, although be prepared for jet-liner noises and a very awkward freeze-frame at the end.