Ghostbusters News: What Kind of Car Is the New Ecto-1?

The News Wheel investigates what make and model the new Ghostbusters mobile is. 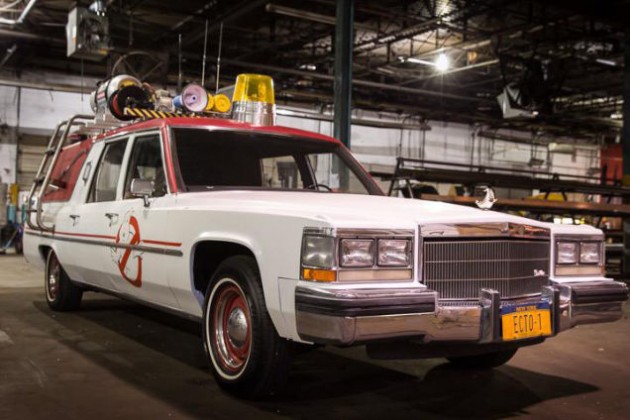 Paul Feig, director of the new Ghostbusters reboot set to release next summer, just released an image of the brand new Ecto-1 vehicle over Twitter. When he did, speculation about the new vehicle’s make and model exploded across the internet. At the moment, no official confirmation of the vehicle’s model or year has been released. However, there are some clues to the identity of the vehicle the Ghostbusters girls will be cruising around in.

Similarities to the Original Ecto-1

For starters, the new Ecto-1 is definitely a Cadillac, much like the old Ecto-1. The original was a 1959 Cadillac Miller-Meteor ambulance/hearse. This new Ghostbusters vehicle appears to be a modified hearse as well. It’s quite ironic for the ghost-hunting squad to be driving around in a car used to carry dead people, but hey, the original crew did that too! 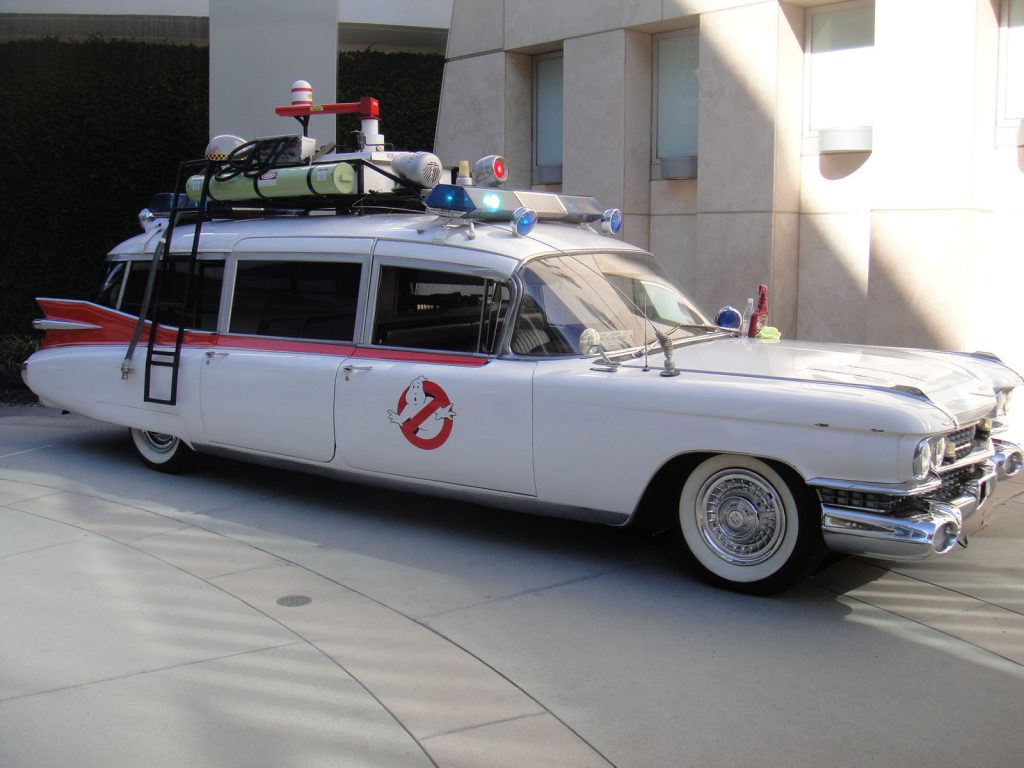 Time for some old-school Ghostbusting
Photo by Pop Culture Geek

Lining the top of the new Ecto-1 are sirens and megaphones, little doodads that were found on the original vehicle too–only this collection of sirens seems to be less crowded. There’s even a New York license plate reading “ECTO-1” on the new car. However, there are some features that separate the new Ecto-1 from the old one.

Determining the Identity of the New Ecto-1

The new Ecto-1 lacks the retro fins the old one possessed. The color red is more pronounced in this new vehicle, with most of the top half being red. The original Ecto-1 had some red stripes and fins, but that was about it.  The new car also has a boxier look to it, which could be a clue to its identity. The design matches Cadillacs from the early 1980s. It would be a fantastic homage for the vehicle to be a 1984 Cadillac, since the original Ghostbusters was released that year.

See the Ecto-1 in Lego Form: The Top 5 Famous Cars Turned into Legos

Our biggest clue to the identity of the new Ecto-1 comes from Paul Feig himself. Feig was gracious enough to release a photo of the vehicle without the modifications in black. 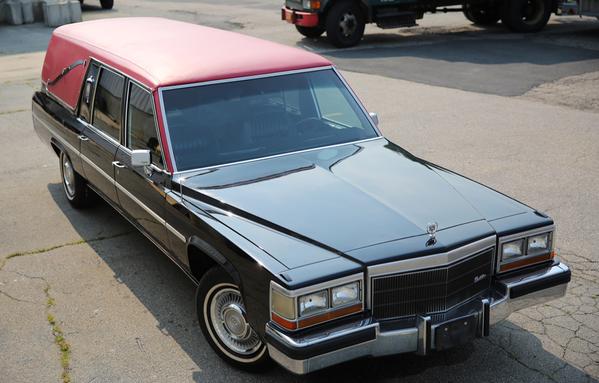 The new Ecto-1 without any modifications
Photo: Paul Feig

Based on the front grill of the vehicle, two primary suspects come to mind: the Cadillac Fleetwood and the Cadillac Superior. Both of these vehicles were modified as hearses in the 1980s. They also look extremely similar (Cadillac had a habit of doing that back in the day).

However, the shot of the new vehicle from the back could shed some light on the issue. Here’s a picture of the new Ecto-1’s rear end: 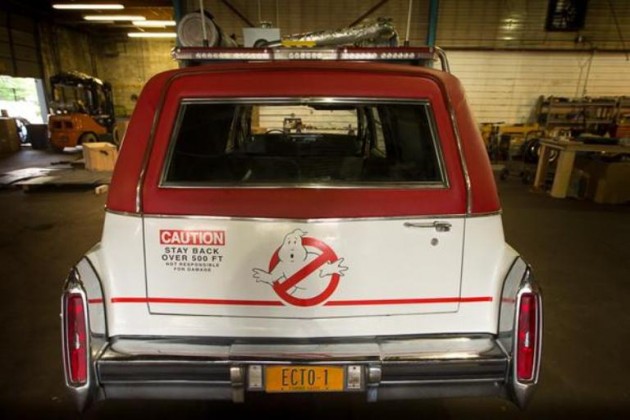 A “behind” the scenes look of the new Ecto-1
Photo: Paul Feig

Now, check out the back of a 1983 Cadillac Superior hearse: 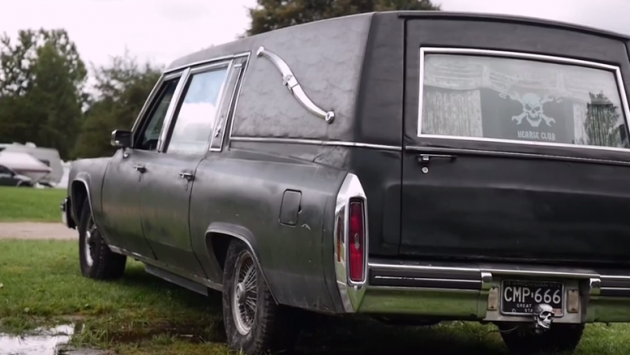 Close but no cigar. For example, the handle is on the wrong side here.  Admittedly, that may just be a modification difference.

Nevertheless, here is an image of the back of a 1984 Cadillac Fleetwood Hearse, courtesy of Mecum Auctions: 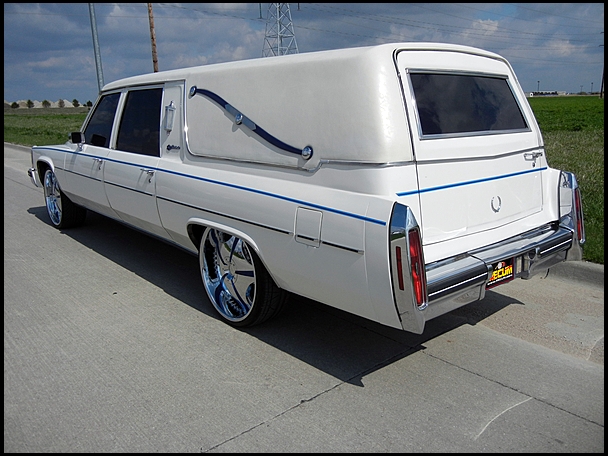 A near identical match! Minus the whole “Stay back over 500 ft.” message. Furthermore, this image of a Cadillac Fleetwood Hearse looks eerily similar to the image Feig shared: 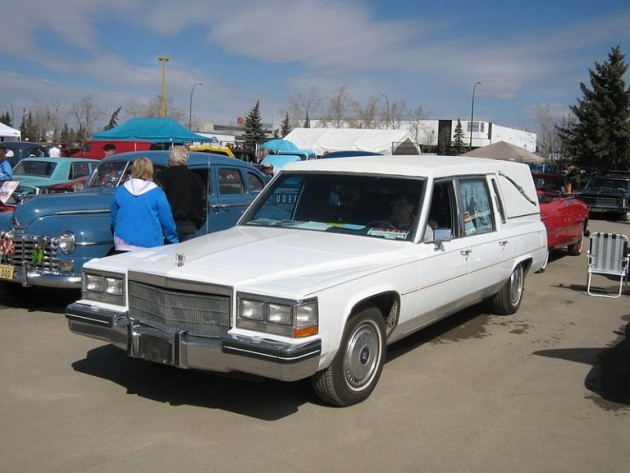 The Ghostbusters Car is Terrifying: An Average, Terrified New Yorker Reviews the Ecto-1

Despite our intrepid deductions, we could turn out to be wrong when an official statement of the vehicle’s make and model are released. If that’s the case, we will follow up with the official answers once they’re released.

In the meantime, enjoy this Ghost hood ornament on the new Ecto-1! 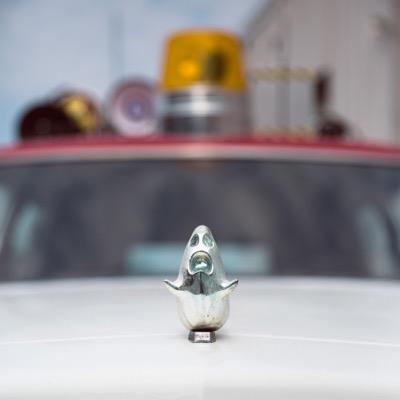 I ain’t afraid of no ghosts!
Photo: Paul Feig