How outrageous cars "drive" the subtext of these controversial movies 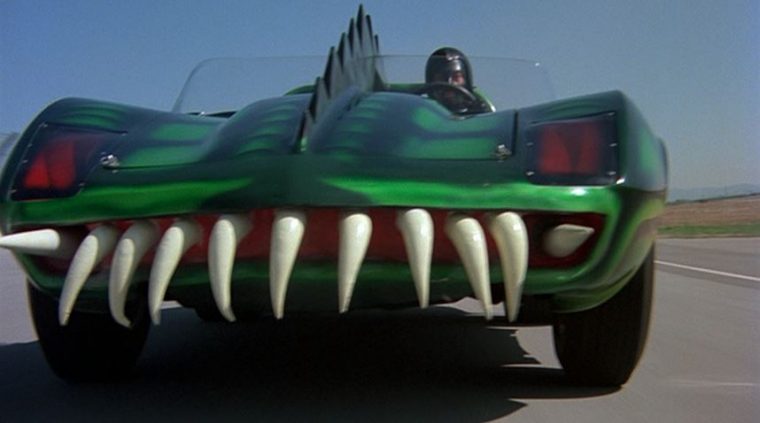 Few films are as polarizing as Roger Corman’s gruesome, irreverent, and shameless low-budget satire Death Race 2000. Met with scorn by conservative critics, it was decried for its debauchery and brutality–yet in the years to follow, it has become a cult classic.

With the upcoming Blu-ray and DVD release of Roger Corman’s long-awaited follow-up to Death Race 2000, let’s take a look back at where the idea originated and trace its car-crazed legacy up to this year’s Death Race 2050.

From Page to Rampage: The Timeless Truths Behind Death Race 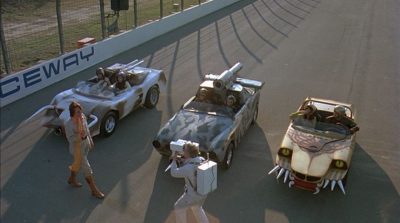 The idea for Death Race 2000 came from the 1956 short story “The Racer,” written by Ib Melchior. Novelist and screenwriter of low-budget sci-fi films, the Scandinavian-born Melchior served in World War II as a decorated hero in military intelligence. Certainly not unfamiliar with the horrors of violence, Ib Melchior eventually penned the 10-page short story “The Racer,” addressing man’s lust for violence as entertainment.

The story involves two men driving a weapon-enhanced vehicle and participating in a transcontinental race that awards points for running down pedestrians. One of the men is eventually overcome by guilt for the innocent lives he has taken in sport. The idea for the story came from Melchior’s observations at a racetrack where he witnessed the crowd roused by a particularly brutal crash.

Two decades later, Roger Corman and director Paul Bartel adapted “The Racer” into a full-length film starring David Carradine and Sylvester Stallone. In Death Race 2000, the totalitarian regime ruling the former United States holds a Transcontinental Death Race to distract and subdue the populous. Death Race 2000 took the gruesome idea of “The Racer” and enhanced it, exploring how sports (particularly motorsports) provide society with an outlet for its innate, pent-up belligerence and craving for harm toward others.

It amped up the spectacle by paying homage to the popularity of professional wrestling and cross-country race movies by featuring over-the-top, customized cars. 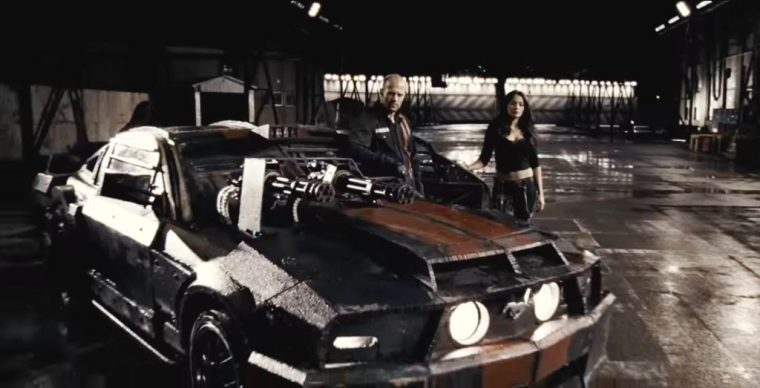 Riding into the 21st Century: A New Death Race

Upon reaching the year 2000, a big-budget remake of Death Race 2000 was in the works. Finally, after years of production struggles among the studio and producers, Death Race was released in 2008 starring Jason Statham and directed by Paul W.S. Anderson.

The underappreciated update was a commercial flop but wisely revised the story to address 21st century issues. Taking aim at the growing popularity of reality television, violent video games, and our failing penal system, Anderson’s Death Race was set in a prison where inmates are subjected to gladiatorial matches in a closed course for the entertainment of the world via live steam. Less humorous and more gritty, this Death Race relied on real modified cars without the inclusion of pedestrian deaths. It was followed by two direct-to-video prequels.

Less than 10 years later, Roger Corman has returned to update the Death Race concept yet again for our ever-evolving society. In this January’s Death Race 2050, Corman revives the satiric dark comedy and low budget of his original film, also bringing back its irreverent, offensive tone. This time, the lampooned topics include artificial intelligence, the greedy 1%, hero worship, religious fanaticism, and virtual reality. 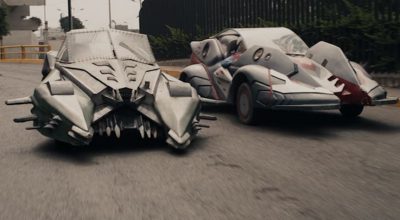 And like the original, a squad of unique and outrageous vehicles are part of Death Race 2050. In many ways, they resemble the ferocious monster trucks popular today.

From its inception and still today, the Death Race franchise reminds us of what lies at the heart of our obsession with motorsports. Often mistaken for mindless, mean-spirited violence, these stories dare to expose our secret fascination with disaster and violence. The premise will always be one that stirs controversy as it challenges viewers to consider their own pacifism and amorality.

And there’s no more-fitting vehicle for that analysis than weaponized cars.

INSIDE THE MOVIES: Get an up-close look at the cars of Death Race 2050