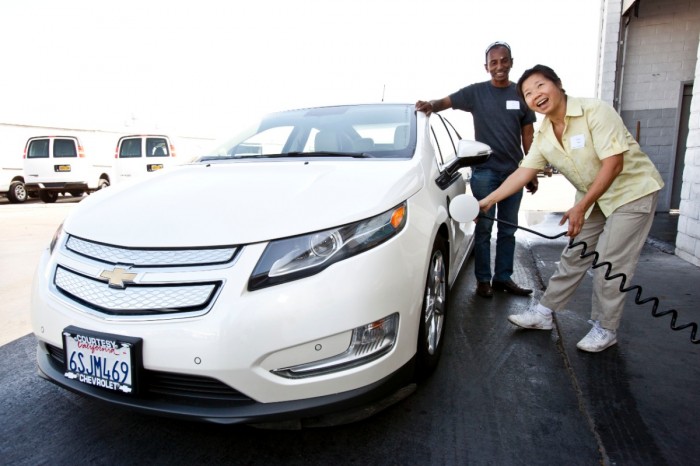 In an effort to make driving electric vehicles and plug-in hybrids more feasible, General Motors has rapidly been adding electric charging outlets to its facilities nationwide. The most recent addition involved 23 new 120V EV charging outlets at the Renaissance Center, which is GM’s international headquarters in Detroit, Michigan.

Driving Has Never Been So Relaxing: Cadillac Massage Chairs Introduced

The addition of these charging outlets, which can power vehicles such as the Chevy Volt and the Cadillac ELR, brings the GM total to almost 500 charge stations across the country, all of which have been installed over the past four years at 45 sites in total. A whopping 300 of those are in Michigan alone.

“Putting charging stations at a place of work is arguably the best way to raise EV awareness with consumers and grow the market,” explained Britta Gross, director of GM advanced vehicle commercialization policy, according to an article on GM’s Fast Lane.

General Motors aims to produce 500,000 vehicles each year that feature some type of electrification technology by 2017, so creating as many charge stations as possible is key to this plan.

Related News: Charging Made Easier on the Next-Generation Chevrolet Volt