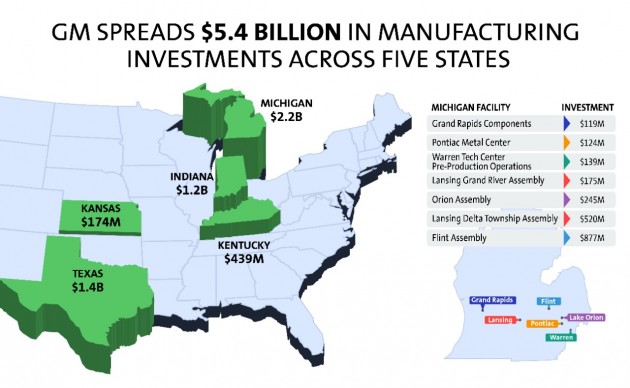 General Motors has announced that it will invest $877 million into its Flint Assembly Plant in order to support the construction of a new body shop and improvements to the plant’s assembly area, including the addition of new equipment.

“This investment will allow us to use a more innovative approach to deliver material between two critical facilities, reducing handling and the time it takes to ship parts,” said Cathy Clegg, GM North America Manufacturing and Labor Relations vice president.

GM has announced more than $1.8 billion in investments for Flint Assembly alone since 2011, including $600 million for a new paint shop that is scheduled to open next year and will utilize the unique wet-coat paint process that will result in smoother finishes for future vehicles. GM says that work on the body shop will get underway sometime during the first half of 2016 and that it will likely be ready to roll by 2018.

The body shop investment concludes the $5.4 billion in investments promised by GM and the UAW in April.

Tips for Summer Fun: Celebrating Warm Weather- Things to Do This Summer