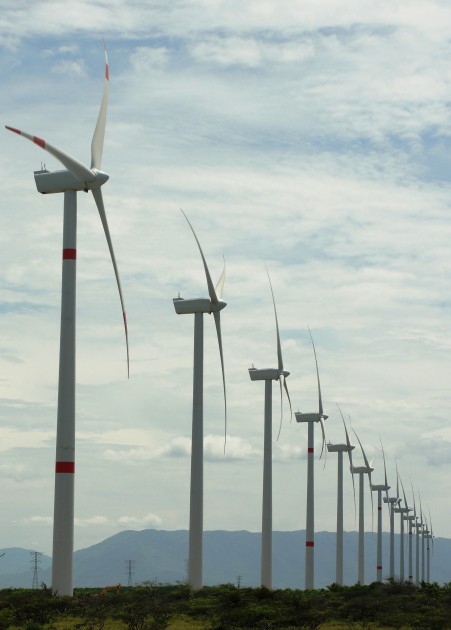 General Motors has announced that it will use wind energy to power some of its manufacturing operations for the first time in company history.

GM’s facility in Toluca De Lerdo, Mexico, will gain 34 megawatts of wind power sometime in late 2015. Construction on a wind farm is scheduled to begin in the spring, and once it goes into operation, it will bump the percentage of GM North America’s energy derived from natural resources from 9% to 12%. Other plants throughout North America utilize clean energy techniques including solar, landfill gas, and waste to energy.

“Our commitment to sustainable manufacturing processes is one way we serve and improve the communities in which we work and live,” said Jim DeLuca, GM executive vice president of Global Manufacturing. “Using more renewable energy to power our plants helps us reduce costs, minimize risk and leave a smaller carbon footprint.”

News from Chevrolet: 2015 Chevy Spark EV Sales to Begin in Maryland this June 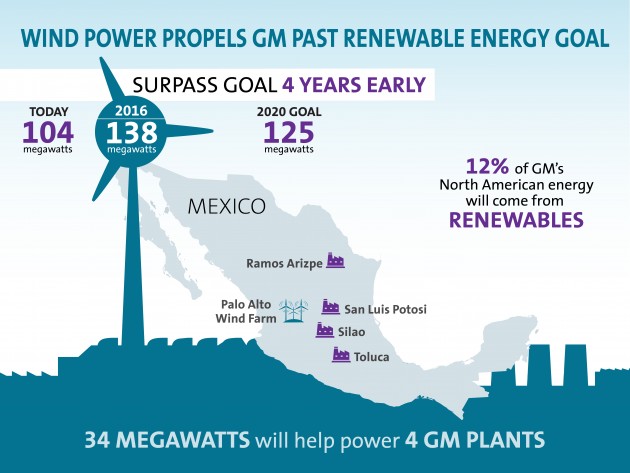 With the current state of its clean energy practices, GM operates on 104 megawatts of renewable energy. General Motors’ present goal for renewable energy consumption by 2020 is 125 megawatts.

Enel Green Power will be the provider of the wind farm, which is said to provide energy equivalent to 17 wind turbines. The energy produced by the wind farm will not only fulfill the energy needs of the Toluca Complex, but it will also provide enough surplus energy to help power the Silao, San Luis Potosi, and Ramos Arizpe complexes. In all, the use of wind energy should reduce carbon dioxide emssions by around 40,000 tons.

“Mexico is an ideal location for our first wind project,” said Rob Threlkeld, GM global manager of renewable energy. “Energy is fed to a national grid, making it easier to reduce or add energy capacity at a facility. There’s also a good business case as prices for traditional power are about a third greater than the United States.

“Once online, we’ll evaluate the project to better understand how we can expand the use of wind power.”

In June 2013, GM announced that it would invest $211 million into the expansion of the Toluca Complex.