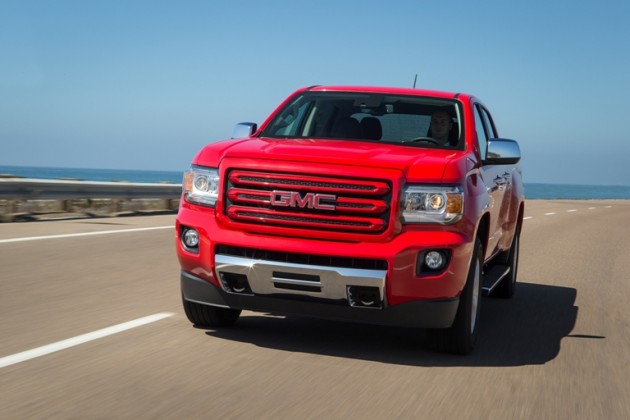 The 2015 GMC Canyon was yet again a major contributor to a big month for GM Canada
Photo: © General Motors

General Motors’ four core brands combined for sales of 24,226 vehicles in Canada during the month of June, good for a 15% year-over-year increase. As has been the case throughout the bulk of the year, GM’s success was led by heavy-hitters such as the Chevrolet Colorado and Silverado and GMC Canyon and Sierra. In fact, GM has now cemented itself as the fastest-growing pickup company in all of Canada.

All four brands—Chevrolet, GMC, Buick, and Cadillac—experienced year-over-year growth in June, and Canada ascended to the position of Cadillac’s third biggest market and second-fastest-growing behind China.

“We are pleased that our market share is growing in Canada,” said John Roth, vice president, sales, service and marketing for GM Canada. “In June, we continued to see resilience in Canadian consumer auto purchases, with particular strength in the western provinces as customers continued to drive especially strong purchases of the Chevrolet Trax, Equinox, and Silverado; Buick Encore and Enclave; GMC Terrain and Sierra; and Cadillac SRX.”