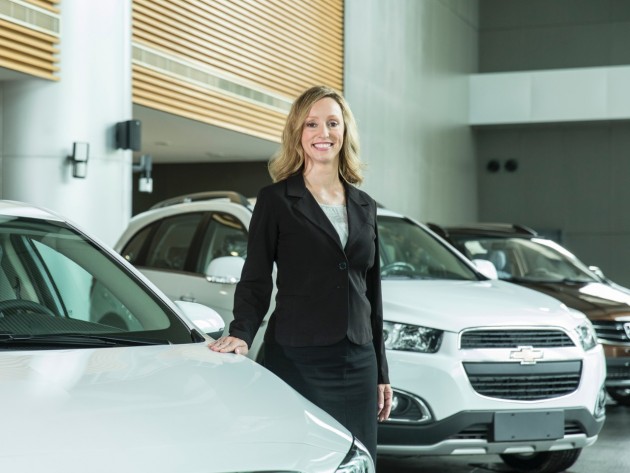 General Motors China has announced that Charon Morgan has taken the role of Director of Engineering, a move predicated upon the retirement of Matt Crossley. Morgan will now take charge of engineering and technology operations from her post in Shanghai, working closely with local partners and suppliers in China as well as GM’s global partners.

“Charon has an extensive background in engineering and management at GM,” said GM Executive Vice President and President of GM China Matt Tsien. “She will support the continued expansion of our vehicle lineup while contributing to the development of the highest-quality products with the latest technologies.”

Prior to taking her new role, Morgan served as manager of GM China Engineering Operations & Systems Development. She has been a part of GM since 1998, where she has also served as manager of Vehicle Engineering Operations for the United States. Morgan earned a Bachelor of Science in mechanical engineering from Oakland University and a Master of Science in mechanical engineering, vehicle dynamics, and chassis integration from Purdue University.

Crossley has been with GM China since July 2013, and prior to that, he maintained roles in North American Planning and Engineering operations and helped GM Europe to spearhead business strategies for telematics and hybrid vehicles.

“We appreciate Matt Crossley’s more than three decades of service to GM and his contributions to GM China in a key area of our business. We wish him all the best in his retirement,” said Tsien.