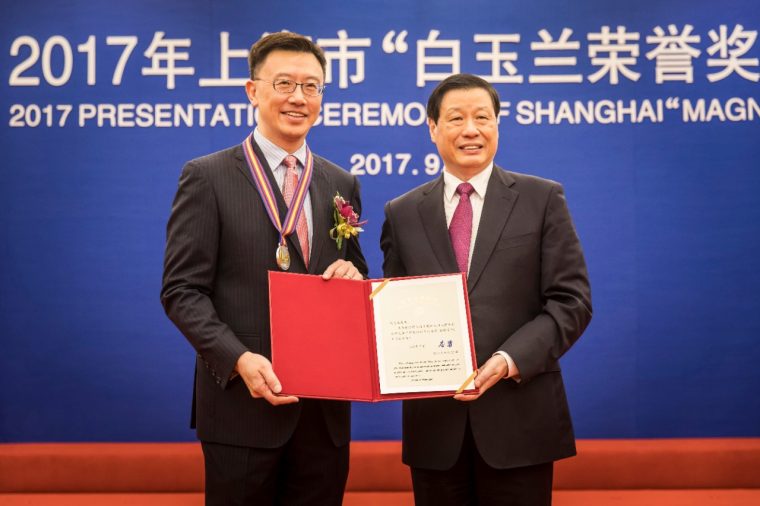 General Motors Executive Vice President and President of General Motors China Matt Tsien was recently honored with the Shanghai Municipal Government’s Magnolia Honorable Award, which is given to expats who have made significant contributions to the city in terms of social and/or economic development.

“The Magnolia Award is a great honor that I share with all of our company’s employees who have helped GM establish a strong presence in Shanghai and drive our continued success,” said Tsien upon receiving the prize. “We are proud of what we have achieved over the past two decades. Working with our outstanding local partners, GM will continue to provide safer, better, and more sustainable transportation solutions to improve the quality of life for people in Shanghai and throughout China.”

Coming Soon from GM? Rumor has it that a Buick EV crossover is in the works

Tsien’s contributions to growth in Shanghai begin in 1995 when, as a member of SAIC, he served as part of the team that would ultimately negotiate the terms on which the SAIC-GM and Pan Asia Technical Automotive Center (PATAC) joint ventures were established in 1997.

As the Executive Vice President and President of General Motors China, a role in which he has served since the beginning of 2014, Tsien helped bring about the GM China Advanced Technical Center in Shanghai, demonstrated V2X technology for the first time ever in China last November, and has pledged to bring all-electric vehicle manufacturing to China “within two years.”