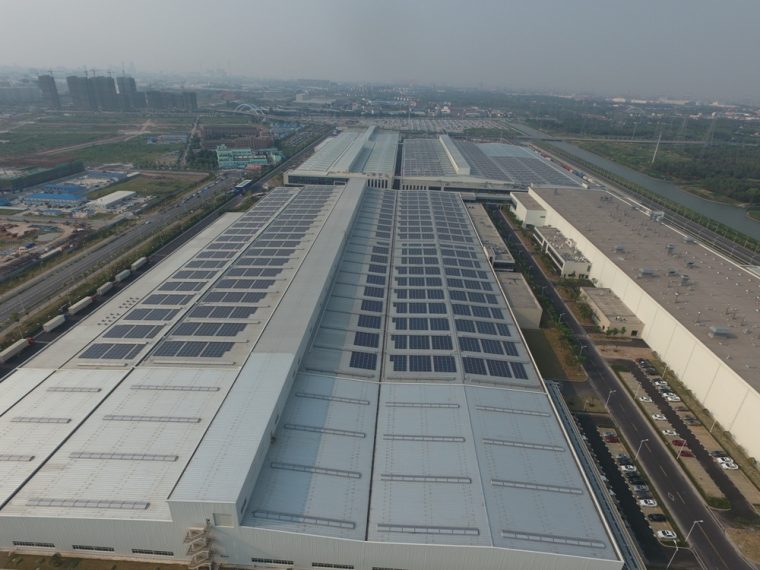 One month ago, General Motors set an ambitious green energy goal to power all of its operations worldwide entirely by renewable energy by the year 2050. At the time, GM announced that it was already in the process of installing an array of solar panels to its Chinese facilities.

However, it seems that before GM decided that it would make itself completely green, it had already gotten one leg up on energy conservation, as by the time GM announced its 100% renewable plan, GM China had just concluded a year-long Green Supply Chain challenge, an extensive initiative to improve the company’s energy consumption efficiency throughout its supply chain. The effort encompassed eight suppliers, to whom GM offered 64 different proposals to help reduce energy consumption.

Now, though, we have the tallied results. In total, the effort saved some $1,300,000 in energy costs, and reduced emissions by a ridiculous 5.5 million kg of CO2. To put that in perspective, first imagine a forest—a big forest, as in 142,000 trees. The forest stands, sucking in CO2 and releasing precious oxygen, for 10 years. The amount of CO2 that those trees took in over the entire 10-year period is about as much as GM China removed from the production process.

GM has a ways to go before being entirely powered by renewable energy, but if the journey of a thousand miles begins with a single step, then GM is already on step five.