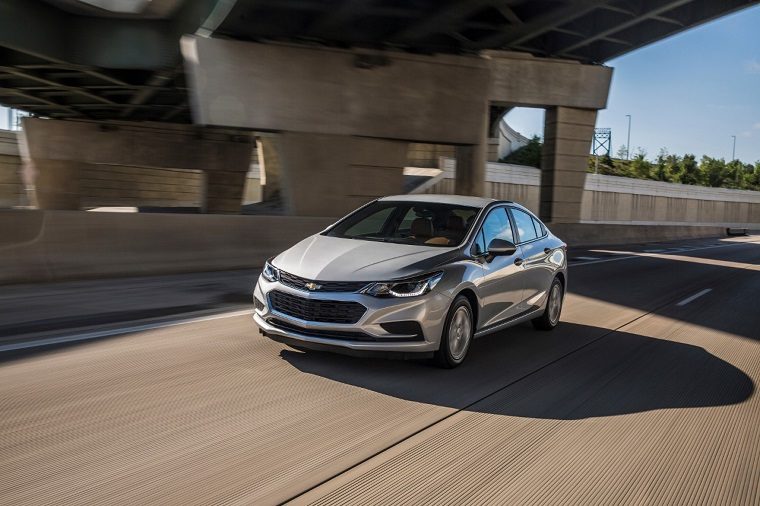 In the post-VW-diesel-scandal world, you would be forgiven for thinking that passenger-car diesel engines are done for. After all, Volkswagen is being well and truly whipped through the streets for its dirty diesel cars, their popularity across the board is plummeting, studies are finding that very, very few meet their emissions requirements in any sort of realistic test, and cities across Europe are going so far as to ban (or plan to ban) their entry into their limits.

However, according to General Motors powertrain executive Pierpaolo Antonioli, diesel is not doomed.

My Hero: Check out the excellent Chevy Colorado

Antonioli works in GM’s Turin engineering center, which it retained after the sale of Opel/Vauxhall to PSA Group last year, and he spoke at the Automotive News Europe Conference on the future of diesel.

““Internal combustion engines, including the diesel, can still play a role in the years to come,” he said, adding, “Bosch said just a few weeks ago that they can already achieve very low emissions, especially for NOx, without increasing the cost of the combustion system.” NOx, or nitrogen oxide, has been one of the principal air pollutants that have come from diesel engines.

This attitude seems to even be held by critics of diesels and the automotive industry, such as Greg Archer, a director responsible for clean vehicles policy at Transport and Environment, a Brussels-based advocacy group. Archer lays the blame for declining diesel sales squarely at the automakers’ feet.

“The pain is not ending,” he said, referring to dropping diesel sales. “It will go on and on, and the bans will proliferate unless OEMs constructively engage to sort out the mess.” He later added, “Diesel won’t disappear in Europe, but whether the market share in 2025 is 10% or 30% depends on how the industry responds to the crisis.”

On that note, it seems that GM may end up being one of the saviors of the technology, as it was the first to market a truck with an EPA-estimated 30 mpg highway rating in the diesel Colorado and Canyon, and  has now announced a new 3.0-liter inline-six-cylinder turbo-diesel for the 2019 Silverado (although this would be competing with the one Ford released a little bit ago).