If it indeed comes to pass, it certainly couldn't happen to a nicer company. 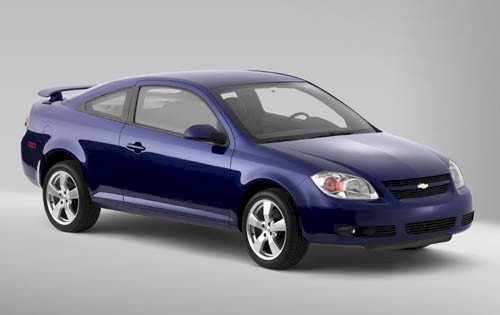 General Motors says that it is facing no less than 79 lawsuits from customers seeking upwards of $10 billion for the loss of value in their recalled cars. 20 class-action lawsuits have been filed since the beginning of May, many of which use the concept of successor liability to hold “new GM” accountable for the criminal misdeeds of “old GM.”

Being the shady, broken-car-making, moral-free murder factory that they are, GM turned to U.S. Bankruptcy Judge Robert Gerber to expedite a ruling as to whether or not legal claims against them are valid. GM argues that they are exempt from any liability for incidences of vehicle failure that occurred prior to their June 10, 2009 emergence from bankruptcy.

Gerber ruled that lawsuits would be on hold until September 1 and is requiring plaintiffs to submit paperwork by Sunday explaining why they feel that they shouldn’t have their lawsuit thrown out. I can imagine that the goal of the paperwork could be accomplished rather succinctly by submitting a crumbled napkin with the hastily scrawled text, “GM’s cars kill people, and they waited for a decade to do anything about it. As such, they are jerks, and I should be able to sue them for driving down the value of my car/trying to murder me.”

Detroit News reports that U.S. Senators Richard Blumenthal (D-Conn.) and Lindsey Graham (R-S.C.) introduced a bipartisan bill on Tuesday that requires federal judges to consider public health and safety in product liability cases before allowing a party’s request to seal court records. The senators argue that sealed settlements from 2005 liability lawsuits involving vehicles with faulty ignition switches prevented the public from learning about problems with vehicles such as the Chevy Cobalt and Saturn ION.

“This legislation would have enabled people to be aware of the threats to safety posed by the faulty ignition switches and deaths could have been prevented,” Blumenthal said in a statement.

In the wake of GM accepting a $35 million civil penalty for withholding information and letting people die, Blumenthal called the fine a “pittance” and stated that “GM deserves harsher penalties.”

In the end, GM is unlikely to pay out $10 billion to customers with the probability of some cases (unjustly) being thrown out and others being settled out of course for less. While we’re in the mood to take GM to task, can the American public file a class action lawsuit demanding a refund on the $11.2 billion it took to pull them out of bankruptcy?