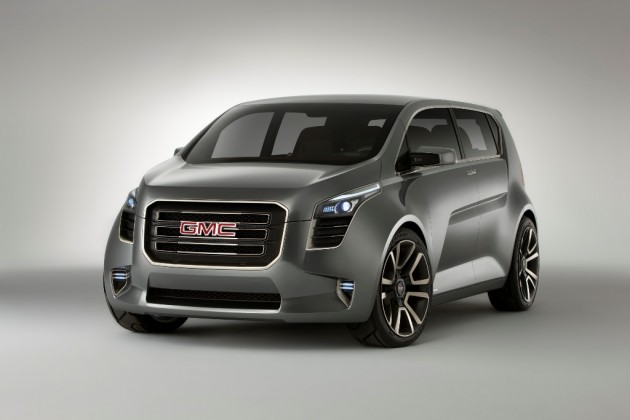 Last month, GM filed an application to trademark “GMC Granite.” Sometimes, when General Motors applies for trademarks with the USPTO, it means that they intend to make a new product. Other times, it indicates that they’re doing a bit of housekeeping and keeping some of its former character marks current. This is likely a case of the latter.

GMC has, in fact, reupped for the GMC Granite trademark several times over the past half-decade. The reason, you see, is that GMC actually built something called Granite.

The GMC Granite is a compact MPV that it rolled out at the 2010 Detroit Auto Show. It’s a boxy hatchback with a 1.4-liter Ecotec turbo-four mated to a six-speed dual clutch. It’s also not particularly attractive.

This isn’t to say that GMC didn’t suddenly decide it wants to try its hand at a compact crossover based on the concept. GMC-Buick Vice President Duncan Aldred said that GMC will roll out a new model sometime by the beginning of 2016, but most assume that it will be some sort of Hummer-descended Jeep Wrangler-fighter.

We’ll see what comes from this trademark filing, but something actually coming from it is far from etched in stone marble granite.

More from GMC: 2016 GMC Terrain’s Reveal Does Not Disappoint