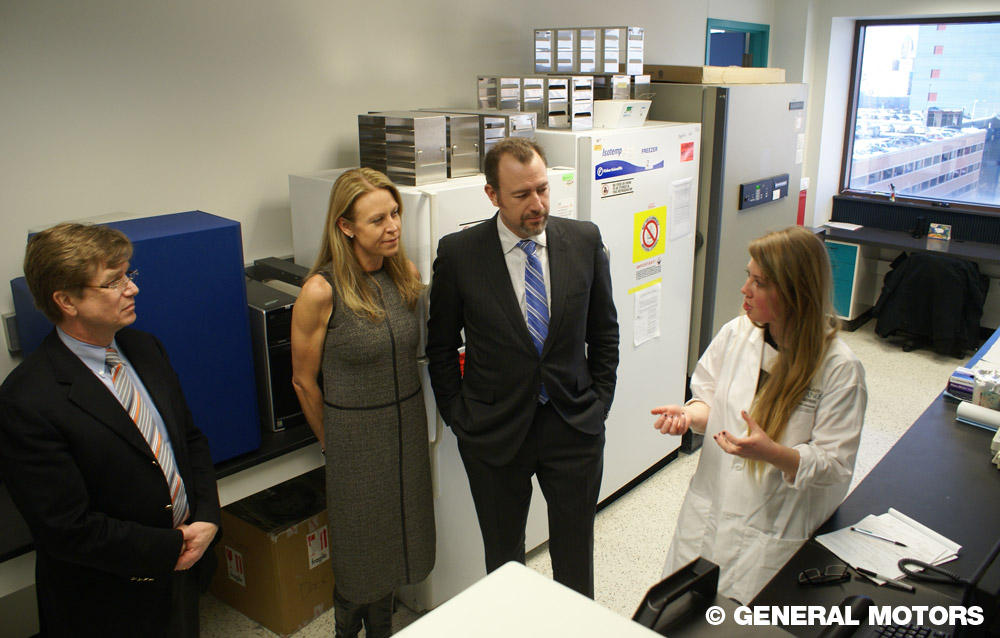 “Our donation to Karmanos Cancer Institute is part of the GM Foundation’s larger commitment to support the research and prevention of the major illnesses of heart disease, cancer and diabetes,” said GM Foundation President, Vivian Pickard. “Due to the tireless efforts of the Karmanos team and their excellent reputation, we are again extending our support to continue the fight against cancer.” In addition, Cadillac will be the Host Sponsor of this year’s Annual Dinner for the Institute, where Dan Ammann, General Motors President, and his wife, Pernilla, chief operating officer of Mother New York, will serve as chairs. The dinner will be held on Saturday, April 26, 2014, at the Fox Theatre. Proceeds from this dinner will fund renovations in the infusion center, where chemotherapy is administered to patients. These renovations are intended to provide a more comforting atmosphere for the patients, who must endure great pain to go through their procedures.

“We are extremely grateful for the outstanding support of General Motors and the GM Foundation,” said Gerold Bepler, M.D., Ph.D., president and CEO, Barbara Ann Karmanos Cancer Institute. “The GM Foundation has consistently supported our innovative cancer research, which is critical for the advancements of new treatment discoveries. In addition, the tremendous contributions from GM over the span of several years demonstrates the company’s steadfast commitment to cancer patients and the health and well-being of those in our community.”