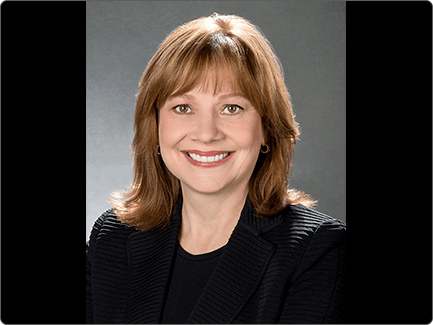 GM CEO Mary Barra is at the forefront of the GM ignition switch recall firestorm.

Everybody loves Friday. Everybody, it seems, except for General Motors. First, news broke that they had ordered that dealers stop all sales of 2013-2014 Chevy Cruze models fitted with 1.4-liter turbo engines, leading many to suspect that Chevy’s top-selling vehicle might be the next to get recalled. Then came news that they are recalling 656 Cadillac ELRs for a calibration error. Now comes the following announcement from GM CEO Mary Barra, who will face a House Oversight Committee on Tuesday and Congress on Wednesday:

“Out of an abundance of caution, we are recalling the rest of the model years.”

This, of course, refers to vehicles involved in the ongoing recall of General Motors vehicles that may have faulty ignition switches. Thus far, 12 deaths have been linked to an issue with GM-manufactured vehicles wherein the weight of items on a key ring can shut off the engine and cause the airbags not to deploy in an accident.

This brings the number of vehicles affected by the GM ignition switch recall up to a staggering 2.2 million vehicles. According to Automotive News, 824,000 more vehicles will be added to the recall, including 2008-2011 model year Chevy Cobalt modelss and 2008-2010 model year Saturn Ion and Sky, Pontiac G5 and Solstice, and Chevy HHR vehicles.

GM is recalling the additional vehicles because some of the ignition switches found within them may have been repaired with older ignition switches made by Delphi. An estimated 90,000 faulty switches were used in aftermarket repairs that have taken place over the years, making it nearly impossible to tell which vehicles are safe or unsafe.

“We’re taking no chances with safety,” Barra said in a statement. “Trying to locate several thousand switches in a population of 2.2 million and distributed to thousands of retailers isn’t practical.”

For more on this downhill-rolling fireball, stay tuned to The News Wheel throughout the weekend and into April.