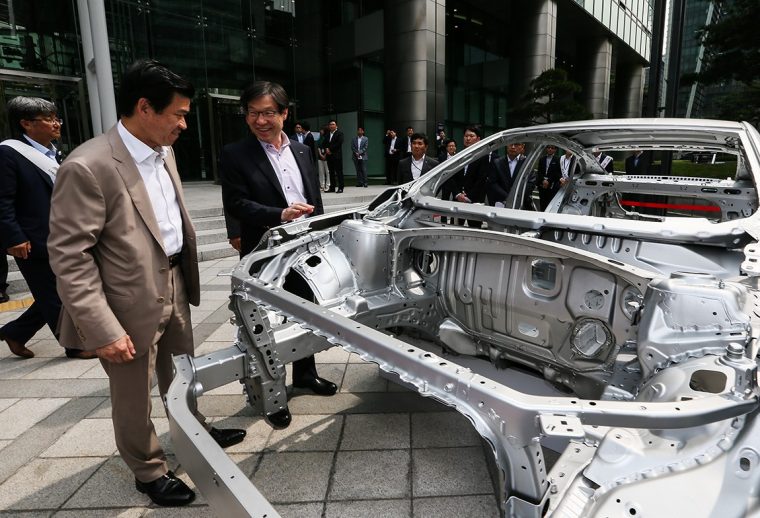 The new Chevrolet Malibu is a major hit in the United States, and General Motors is hoping that it is every bit the blockbuster the world over that it is at home. Pre-sales of the 2016 Malibu got underway in Korea from April 27th to May 19th, exceeding 15,000 units in that time.

To help promote the new Chevy Malibu, GM Korea put one on display at the POSCO Seoul Center last month for a few days. The Malibu makes considerable use of POSCO’s Advanced High-Strength Steel, which is 10% lighter than normal steel and twice as strong. POSCO is headquartered in Pohang and has steel mills in both Pohang and Gwangyang (as well as a joint venture with US Steel in California), and it is the fourth-largest steelmaker in the world.

“The all-new Malibu greatly leverages using POSCO steel,” said Oh-joon Kwon, CEO of POSCO. “POSCO is proud to supply the high-quality steel to our partner companies, including GM Korea, to enable them to offer safe and reliable products.” 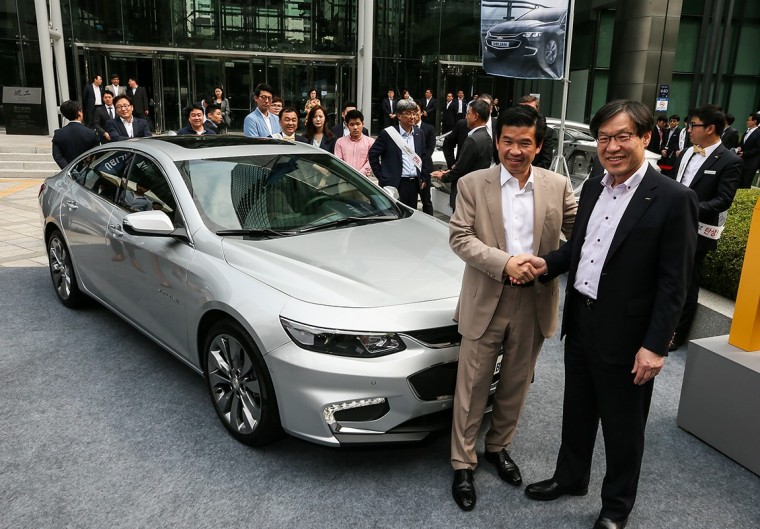 “The active collaboration with globally renowned suppliers such as POSCO contributed to the successful launch of the all-new Malibu,” said James Kim, president and CEO of GM Korea. “It demonstrates the importance and benefit of leveraging our suppliers’ superb quality competitiveness.”

The new Malibu is approximately 130 kilograms (286.8 pounds) lighter than the previous generation model, thanks in no small part to the use of POSCO AHSS. POSCO has been one of GM Korea’s suppliers since 2002, and in the years since, it was named a GM Supplier of the Year five times.