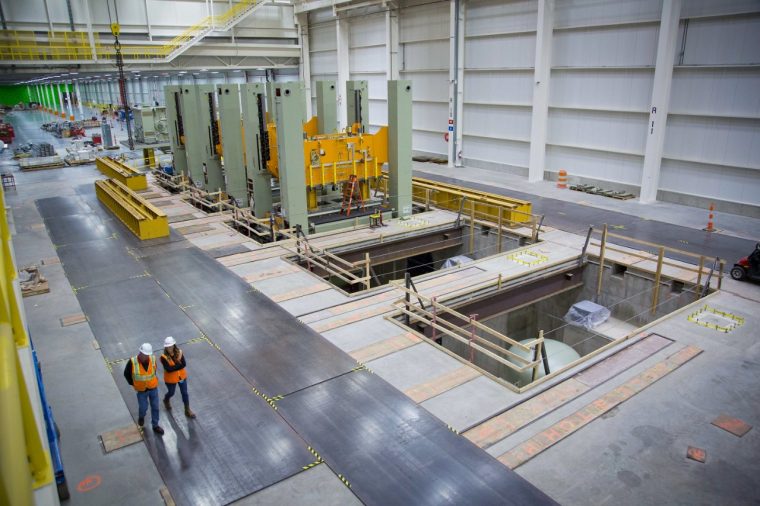 The first production models of the all-new sixth-generation 2016 Chevy Camaro just rolled off the assembly line and have been shipped to dealers. And just as the Camaros left, the Lansing plant received a shipment of… stamping presses.

Today GM announced that it had received the first load of massive stamping presses for the Lansing facility’s $174 million  stamping facility.

Saying goodbye to brand new Camaros and hello to some stamps may seem like a raw deal, but what they lack in excitement they make up for in value: GM says that the new presses will save the automaker about $14 million a year in logistics costs tied to material handling. The presses will be used to stamp parts for the Cadillac ATS and the CTS family of vehicles, as well as the aforementioned Camaro. 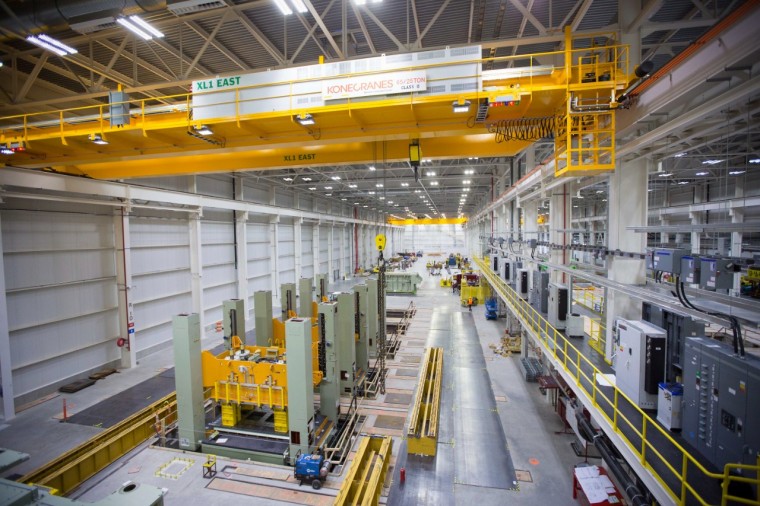 Weighing in at over 210,000 pounds, the new load is for the second press in the first of two stamping lines at Lansing. All in all, the entire stamping line weighs more than 7.2 million pounds. In December, the next line will arrive at the plant, with production for both set to begin in 2016.

Built in 2001, Lansing Grand River is GM’s second youngest assembly plant in the US, and the birthplace of the company’s Chevy Camaro and Cadillac ATS, CTS, and CTS V-series performance cars.

Car Shopping: The pros and cons of buying versus leasing a new vehicle