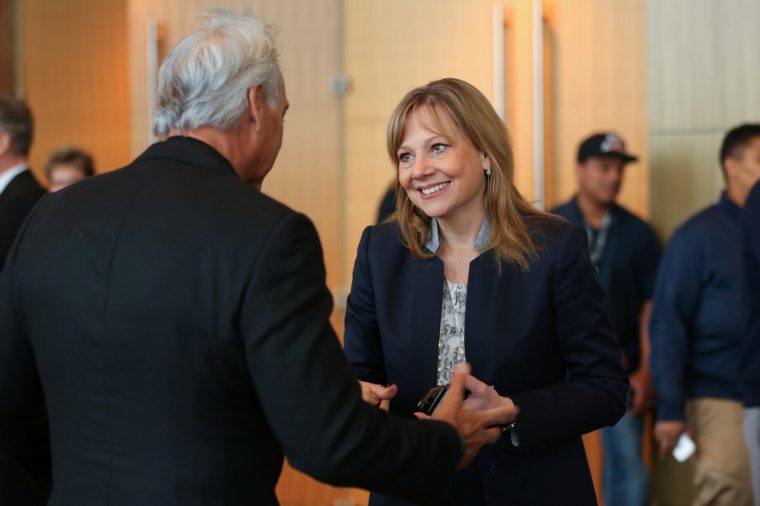 GM CEO Mary Barra may not have earned the nod to be Hillary Clinton’s running mate (in hindsight, perhaps a blessing in disguise), but lately she’s been getting recognition from plenty of other places.

Last week, Barra was awarded the Honorary Golden Steering Wheel in Berlin, Germany, and this week she picked up a Business Excellence Award in Aragon, Spain.

Well, to be technically correct, she wasn’t actually there to pick it up. Instead, when the government of Aragon presented GM with a Special Anniversary Honor during its 20th annual celebrations of local business excellence, Opel Chief Financial Officer Michael Lohscheller accepted the award on Barra’s behalf.

GM Vehicles: Advantages of owning a Chevy Spark or Sonic

“This award is a great honor for General Motors and GM España,” said Lohscheller. “General Motors knows that it can rely on GM España. The excellent launch of our new MOKKA X at the Zaragoza plant is another example of how the Spanish team is setting the standards for productivity, efficiency improvement, quality and innovation in the industry.”

In addition to Lohscheller, Managing Director of GM España Antonio Cobo was also present at the award ceremony, which took place on November 16th in the Congress Palace of Zaragoza. The celebratory event was attended by over 1,000 managers from all over Spain, along with representatives from the regional government and Spanish institutions.

The Special Anniversary Honor marks GM’s second award for business excellence in Aragon. In 2015, GM España received the “Gold Seal to Business Excellence by Aragon Empresa,” a recognition that only eight companies in Aragon have ever received.