Despite $1.3 billion for repairs to recalled vehicles, a $400 million loss in Venezuela, and a $284 million loss in Europe, GM still managed to turn some kind of profit in the first quarter. 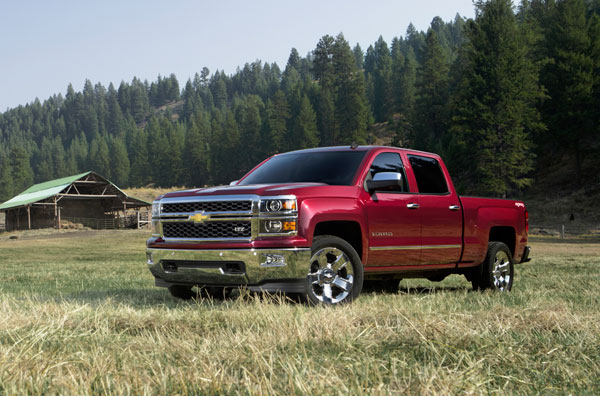 Higher avg. transaction prices for trucks such as the Silverado helped GM profits in Q1 2014.

General Motors is paying to the tune of $1.3 billion to repair the immense catalog of vehicles affected by recalls—including $700 million toward fixing 2.59 million vehicles with ignition switch issues similar to those that have killed at least a dozen people. Despite all of this, and despite taking a $284 million loss in Europe, global GM profits reached $125 million in Q1 2014.

Granted, a profit of $125 million represents an 85.5 percent tumble from the first three months of 2013, but the fact that the automaker even managed a nine-digit profit is somewhat stunning considering all that they have been up against. From a $400 million charge related to the depreciation of Venezuelan currency to the enormous hit in Europe, all signs seemed to be pointing toward a precipitous drop in profit margin. And while a more than 85 percent decline in quarterly profit is certainly nothing short of catastrophic, GM still somehow managed to perform better than what analysts expected.

Barclays Capital Inc.’s Brian Johnson predicted GM would show a one-cent a share loss in the first quarter and earnings of negative $113 million (before interest and taxes). For GM to make any kind of money of the course of three months where they have basically been exposed as historically not caring much about whether their customers live or die is pretty impressive.

“Clearly, the headline results are overshadowed by the recall campaign charges of $1.3 billion, but when you look underneath that, we had strong performance across the board,” GM Chief Financial Officer Chuck Stevens said Thursday morning. Like Stevens said, once you wade beneath the tide of blood and tears that the company’s incompetence has helped make possible, you’ll see that they’re actually still pretty good at selling cars. So yay for that.

GM profits, for as low as they may be comparatively, seem to suggest that the automaker is in no imminent danger of falling into bankruptcy…again. Now, as for their moral bankruptcy? Well, we’ll see how the rest of the ignition switch investigation plays out.